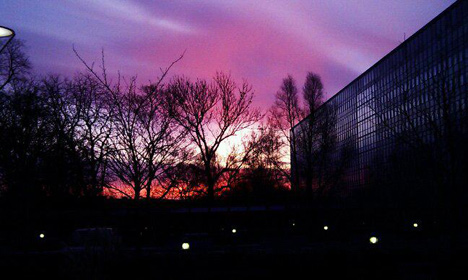 The Metro newspaper reported on Tuesday that the man received an invoice for a year's worth of watching television. He has since appealed the 2,702 kronor ($415) fee to an administrative court, which did not rule in his favour.

"I will never pay because I think I've been wrongly treated," the man told Metro.

After the man's television broke in early 2012, he requested that he be exempt from paying the fee. As he became homeless shortly thereafter, he never received the letter and invoice from Radiotjänst explaining that his request had been denied.

The license fee has made the news several times this past year as it was extended to owners of smartphones, computers, and tablets. The law states that a person with a device that can access public service Sveriges Television (SVT) must pay the fee.

It also emerged last year that the prime minister had not paid his TV license fee at the official residence Sagerska huset. The government said it considered the residence part of the government offices and as such should be covered by its license fee.

"The obligation to pay the TV license covers all Swedish citizens, with some exceptions for elder care facilities and diplomats", Radiotjänst CEO Carl Gustav Johansson told local media at the time. "There is no exception for, for example, the royal family or the prime minister."