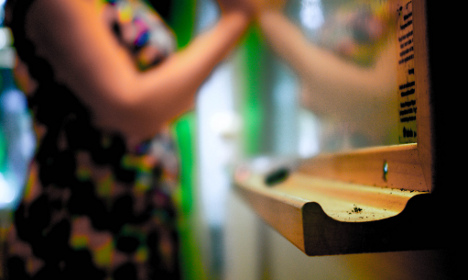 The new proposal, revealed on Wednesday, would require students to start school at age six rather than the current age seven, bringing compulsory education to ten years instead of nine. Currently, most six-year-olds are enrolled in an non-compulsory year of "preschool class" (förskoleklass) following the completion of preschool and prior to starting grade one.

The government would also like to introduce an additional year – making it a possible eleven years in school – for students who lack adequate grades to go on to upper secondary school programmes equivalent to high school in other countries (gymnasium).

"The more time you practice, the more you learn," Education Minister Jan Björklund said at a press gathering.

The government would like the reform to come into effect by 2018, if elections later this year do not scupper that ambition. The proposal said that obligatory summer school could be mandated for students by grade eight, when Swedish pupils are about 14, to make sure their grade-nine marks are strong enough to allow them enroll in high school, which is not obligatory in Sweden.

At this time, it remained unclear whether the government planned to enact all planned reforms simultaneously if it retains power after the elections.

"Summer school and an extra year will, by my estimate, go faster, but to admit six-year-olds in first grade will take longer," Bjröklund said.