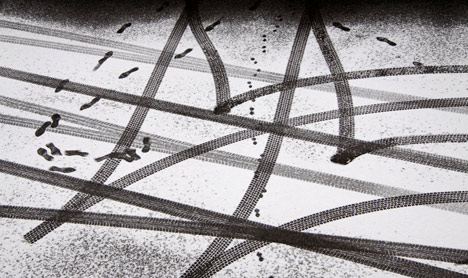 A few hours after nightfall, residents of Linköping saw snow. By morning, it had reached the capital, with parked cars dusted with snow but gutter water twinkling with rain – a testament to the odd winter weather so far.

The temperature went up to 2C in Stockholm, making the tenacity of the blanket of snow questionable. In southern city Malmö, temperatures hovered around a stubborn 8C.

On Friday, Stockholm and Uppland are expected to be blanketed in around 10 centimetres of snow, which is expected to stay, said state weather agency meteorologists at SMHI.

This weekend, a cold front will engulf the entire country.  By Saturday, temperatures will fall below freezing over much of the country, reaching as far south as Gotland Island in the Baltic Sea. By Sunday, the freeze will have reached the southern Skåne County.

"After the mild start to the winter there will be a proper change of weather," SMHI noted on Friday. "This weekend cold air will sweep down over the entire country and the cold is expected to stay into next week."