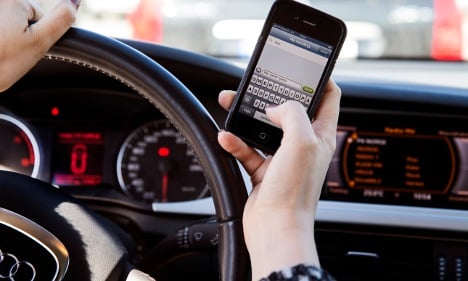 Swedish prosecutors charged 15 drivers in December with using their phones in a manner which affected their driving ability. One of the accused, however, slammed the new law.

"The law as such is ridiculous; either you outlaw it or you don't outlaw it," the accused told TV4 news. "It isn't illegal to speak on the phone, so I don't understand what they are trying to achieve."

The first verdict in a case that referenced the new mobile law is expected at the end of January, and will be watched closely. Several of Sweden's police officers have also said the new legislation was not a welcome addition.

"Some think it's worthless," Norrbotten County traffic police spokesman told the TT news agency on Tuesday. "There are other things that are at least as dangerous to do while you are driving."

The new law was introduced in December. Up until then, drivers in Sweden could freely send text messages or speak on their phone without using a hands-free device.The new law, while not prohibiting the use of mobile phones explicitly, states that it is no longer permitted to use them or a GPS in any manner that could be deemed "detrimental" to driving.

"What that means is up to the police," Hans-Yngve Berg of the Swedish Transit Authority (Transportstyrelsen) told Sveriges Television (SVT) at the time, but the police complained there was little or no guidelines in how they should implement the law.

"We have really no instructions," said Bengt Svensson of the national police force's traffic unit. "We won't see the practical significance until after a few convictions." 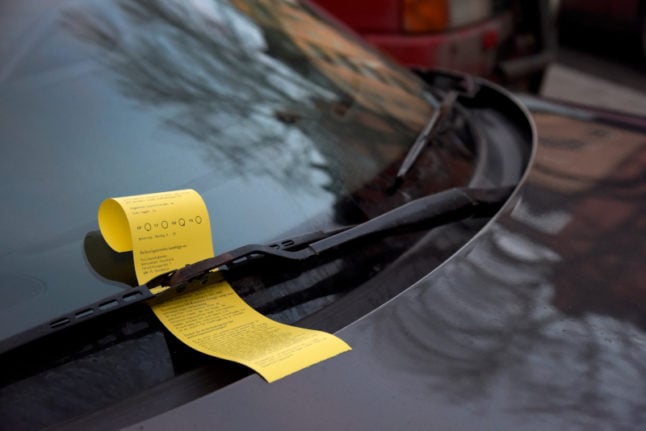 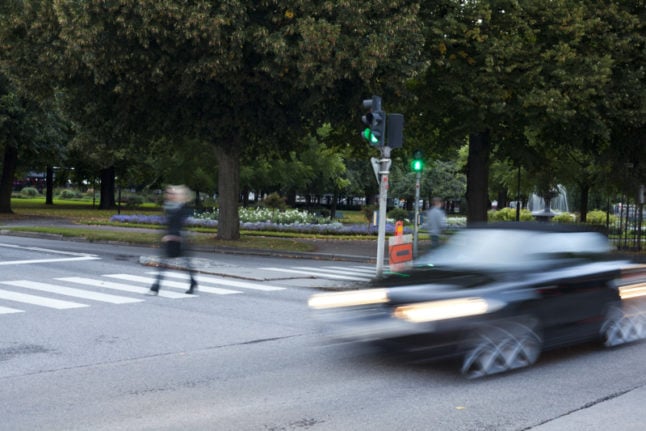 1. Driving too fast (and breaking other rules which are important for traffic safety)

According to the guide on the website of the Swedish Transport Agency, the most common reason people have their driving licenses seized and withdrawn is if they are driving between 31km/h and 40km/h too fast.

For this the penalty is normally to have your driving license suspended for two months.

If you are speeding in a village with a 30km/h speed limit, then you only need to drive between 21km/h and 30km/h too fast to have your licence temporarily taken away.

You can also lose your license for two months if you drive through a red light, and sometimes for as long as four months for general “careless driving”.

Other transgressions which risk your license include:

If you are caught drink driving, or suspected of committing a drink-driving offence, your license can be suspended.

The suspension is usually for 12 months for both drug driving or drink driving, but can be extended to 24 months or more in cases of severe or repeated offences.

If you you register less than 0.15mg/l of alcohol on a breathalyser, you might get away with a warning.

If you commit repeated minor traffic offences within the same two-year period, such as minor speeding offences or failing to use a seatbelt, you can have your driving license suspended, normally for two months if you have been previously issued with a warning.

If you are involved in a traffic accident and instead of stopping to exchange your details and check that any others involved are OK, you drive off, you can have your license suspended for between two and six months.

5. Unreliability when it comes to sobriety

If you have an alcohol or drug problem, you don’t even have to be caught drink driving to lose your license. If you are taken in by the police for public drunkenness “a number of times”, or the Transport Agency receives other information that you have a problem with drugs or alcohol, it can suspend your license on the grounds of “unreliability when it comes to sobriety”.

Your license will normally suspended until a year has passed since your last caution for being under the influence.

You don’t need to commit a driving offence to have your license suspended, sometimes any serious offence will be enough. If you, for instance, commit a serious bodily assault, get convicted of serious drugs crimes, or allow others to drive illegally, this can be grounds for suspending your driving license.

Your license can be suspended for anything between a month and three years, but, according to the agency, a year is most common.

7. Your driving license was issued on illegal grounds

If it turns out that you were cheating during your driving test, or submitted false information to the Transport Agency, you can have your license withdrawn indefinitely.

If you are diagnosed with a sickness or suffer an injury which means that you no longer meet the minimum medial requirements to have a driving license, you can have your license withdrawn indefinitely.

This could happen, for instance, if your eyesight deteriorates severely, or you are diagnosed with ADHD, autism, or similar neurological conditions.

According to the agency, having ADHD or autism is “in the majority of cases no problem for having a driving license”. But if you have a diagnosis, you need to send in a doctor’s note which lays out how severe your condition is. You can find the form here.

When it comes to eyesight, you need to have visual acuity of at least 0.5 when you see with both eyes to keep your license.

If you are prescribed medicine for diabetes, you also need to send the agency a doctor’s note laying out the severity of your condition. Find that here.

9. You haven’t sent in a doctor’s note

If the agency asks you to send in a doctor’s note and you fail to do so, your driving license an be withdrawn indefinitely.

What do I have to do to get a new driving license after it has been withdrawn?

Even if you only lose your license for two months, it’s actually more a withdrawal than a suspension, so you will need to get a entirely new license. You can’t just start using your old one again.

If your driving license is suspended for less than a year

When your suspension is over, the transport agency will automatically send you an application form for a new driving license. You can also apply digitally here.

If, however, it is suspended for one year or less for drink-driving, severe careless driving, unreliable sobriety, or other serious crimes, you need to also apply for a new provisional driving license or körkortstillstånd, which you can do up to six months before your ban expires, and which can be awarded within two months of your ban expiring.

If the agency gives you a provisional driving license, you will then be sent an application form for a new driving licence.

If your driving license is suspended for more than a year

If your driving license is suspended for more than a year, then you need to take a new driving test.

As well as passing a driving test, you will also have to undergo a special course on driving risks.

DRIVING
What’s it like driving from Scandinavia to the UK with a young family?
Url copied to clipboard!