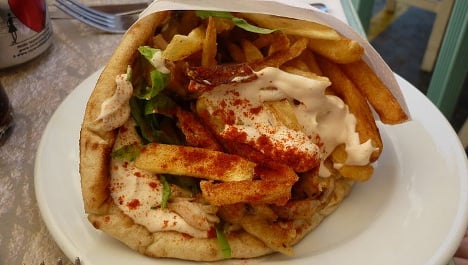 The journey took place on Friday night when a man asked to be driven from Karlshamn to Mörrum, which lies about 10 kilometres east of the city.

When the taxi arrived at the destination, however, the customer let it be known that he was fresh out of cash. He asked the driver if he could run into his home to get his bank card. The driver responded by saying he wanted the man's kebab meal as a deposit.

Further negotiations ensued about how exactly the man should pay for his taxi ride. In the end, the taxi driver took the food with him and drove away,  reported local media.

The stunned customer then reported the driver to police for theft. Police have since dropped the case after the customer changed his mind about the incident and explained that he understood why the taxi driver reacted the way he did, wrote the local news website bltsydostran.se.