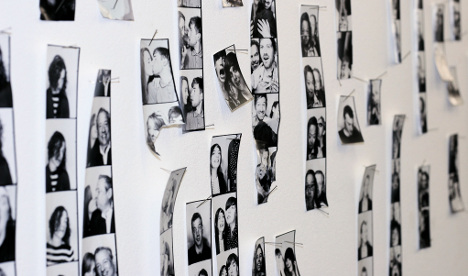 Gothenburg University researcher Joakim Ruist looked at 4,000 Romanian and Bulgarian residents in Sweden in 2011. To remain in Sweden after a first three-month stint, nationals of the relatively new EU member states would have had to prove to Swedish authorities that they had a “reasonable possibility of finding work”.

The households surveyed – 40 percent of the total population that moved here between 2007 and 2010 – were then analyzed in terms of income tax, employer fee contributions, and a calculation of expected VAT expenditure.

Ruist then looked at demographic data, using averages for the population at large – “for example how many days a 40-year-old man in Sweden spends in hospital and what it costs” – to deduct likely state expenditure from the equation. He also lopped off average pre-school and school costs for the children, and so on.

“It's quite a reliable methodology that has been used in many previous studies,” Ruist told the The Local.

He said he might have exaggerated how much new arrivals cost Sweden in terms of infrastructure upgrades or even armed forces spending, but that he and other researchers would rather overestimate the cost rather than stand accused of downplaying the costs.

The Local: Why did you want to look at these numbers?

Joakim Ruist: When I began this research the debate about social tourism was dead as a doornail, but once I reached the end of my research it had gained momentum again. And now this wild debate is focusing only on Romanians and Bulgarians even though the measures being taken affect all EU citizens.

Why is the case of Sweden relevant when looking back at the 2007 EU expansion?

Sweden and Finland were the only ones out of the richer EU countries that imposed no restrictions at all. Fifteen European countries in total decided to restrict access to citizens from the two new member states in different ways, making Sweden one of the two possible examples to look at.

Ten years ago there was reason to have the debate because we were facing something completely unknown. If someone hurled out a statement saying “X number of people will come and they will bla bla bla” then there was no basis for that statement.  But there was more reason to be worried.

Research has now been done in the UK, which shows there has a been a positive net contribution by the migrants from that expansion. Yet they still manage to be really worried about the effect on public finances. The UK debate has been decoupled from the facts that we are putting on the table.

Do we know why?

Nobody has a good answer. Neither the journalists I've spoken with nor British researchers. OK, we have the financial crisis, but we've got that in other countries too. Nowhere has the debate become so very heated as it has in England.

Could it be motivated by anti-ziganism?

If it were, I'd say we would be seeing this debate in France and Italy, where anti-ziganist attitudes are probably at least as strong as in England.

Do the upcoming UK elections have anything to do with this?

The United Kingdom Independence Party (Ukip) has entered the stage, and while no one is particularly scared of them at home, because the UK has first-past-the-post constituencies, they could rally their supporters to go vote in the European parliament elections. So few people vote that just a few passionate voters can make a big difference.

Yet by focusing on Ukip, you're again pushing the question away. Why have they gotten wind in their sails now? And that's where you can say that no one really has a good answer.

These studies about migrants' net contribution, should they matter? Should Sweden ask how much refugees from Syria contributed in five or ten years' time, for example?

In general, I think the criticism you give voice to is relevant, but in this study we were looking at a very specific discussion about what migration after EU expansion would mean for our welfare. It made it very relevant to look at the numbers and ask, 'Did this cost us?' and to be able to say 'No, it didn't'.

I think it is considerably more questionable to ask questions about all immigrants. We've had different policies across 70 years of immigration, so which specific political question would you be trying to answer?

However, if someone started referring to totally wild figures about immigration and it affected the debate, then I could consider having a look at the figures myself to make sure the debate was factual. But that's a hypothetical future situation.

Going back to your recent study, do the immigrants whose income you surveyed earn the same as native Swedes?

Looking at the distribution of incomes, it tips toward less-qualified jobs. On average, they earn significantly less than the average salary in the rest of Sweden. This is partly because I think many couples moved to Sweden together in the past one to four years, and sometimes only one partner finds a job.

There are also many people with children, so there are probably a few housewives… I don't think there are that many house husbands.