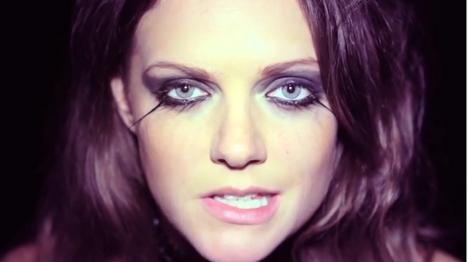 Emerging Swedish talent Tove Lo. Photo: YouTube (screenshot)
lt's clear that Swedish pop music is slap-bang in the middle of a golden age because whittling down my original long-list of new acts to look out for in 2014 has taken me the best part of a week. The first to go were those everyone else is tipping for big things this year but who we have already featured.
These acts include NONONO (whose Pumpin' Blood we raved about seven months ago and which is on the brink of being a global hit), Elliphant (just signed to American producer Dr Luke's label), Nicole Saboune (we have an interview with her next month) and Say Lou Lou who, in all honesty, we're still not sure about (one great song and five mediocre ones do not a great talent make) but who made the BBC Sound of 2014 list.
And, of course, we're really looking forward to new albums from Nina Persson (of The Cardigans fame), First Aid Kit and, possibly, Abba.
Anyway, here are our tips for 2014. They may not all have success but you can be sure they will all release some excellent music this year.
1. Tove Lo
Tove Lo has spent a few years as part of Max Martin's songwriting team. 2014 might see her become a star in her own right.
Also look out for: Amanda Fondell
2. Seinabo Sey
Sey's is a remarkable voice as evidenced by Younger – strong and tender but not flashy. There is no way this will not be her year.
Also look out for: Mapei and Nicole Pilgrim
3. Amason
Amason are something of a Swedish supergroup featuring members of Dungen, Idiot Wind, Miike Snow and Little Majorette.
Also look out for: Galantis
4. Yung Lean
A 17-year-old kid from Södermalm as the future of hip-hop? Not quite perhaps, but Yung Lean is a rap prodigy. I can't work out if he's serious or sad but Kyoto is a terrific track.
Also look out for: Som Fan
5. Ira Redig
If Ida Redig is known at all in Sweden it's as a singer of pretty acoustic ballads. In 2014 she's attempting a fairly radical reinvention as an electropopster. I think it works.
Also look out for: Hedvig