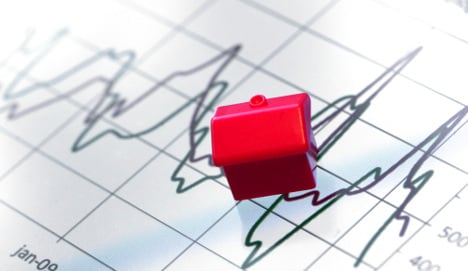 The Swedish Property Federation joined forces with three urban centre Chambers of Commerce last year to find solutions to the country's housing crisis. The inquiry, given the name Housing Crisis Committee (Bokriskommittén), had more than its fare share of issues to examine.

For example, the crunch has forced up property prices threefold since the turn of the millennium, reveal figures from estate agents organization Svensk Mäklarstatistik. That has led to fears about a prospective bubble, with the European Commission asking Sweden to take the situation seriously.

On Tuesday, the Housing Crisis Committee released a broad sketch of its recommendations, with the business groups and property owners coming to the conclusion that market rents would spur construction in Sweden. Among its analysts were former central bank vice chairwoman, Barbro Wickman-Parak, and experts from both the property and the mortgage worlds.

"There is a point to saying what you want to achieve, which we on the housing crisis committee now want to do," Eklund told the Dagens Nyheter (DN) newspaper. "This is not standard among politicians. Housing Minister Stefan Attefall has now appointed a slew of inquiries, but not taken an overall grip that shows what he actually wants to do with the housing market."

The housing minister told The Local in the autumn that municipal politicians might have to take their neighbours' and the region's needs into account in the future. The Housing Crisis Committee went one step further, proposing that municipalities be stripped of their urban planning monopoly. The report also directed criticism at the central level, stating that the state had to ease construction regulations.

The full report, including extensive and detailed recommendations, is set to be published before summer, Eklund told DN. Swedes head to the polls in September, with a potential cabinet overhaul in sight, but the economist said that any reform to the housing and construction markets needed broad political support to survive electoral shifts in the future.