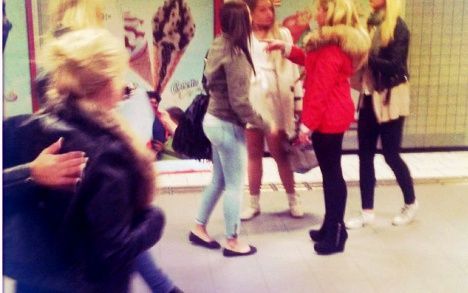 In the past two years, Swedish police have received three times the number of reports of sexual abuse on the internet targeted at underage girls and boys than just a few years ago. In 2013, the total number nationally was 620, down a bit from the previous year's 758 cases but a clear surge from 2011 when Swedish police dealt with 206 such reports.

The police testify to a shift from the computer to handheld devices such as tablets and smartphones, which can make it harder for the investigators to look into the alleged abuse. Add to that the possibility that the assailant resides outside Sweden, and the police appear at times flummoxed by the trend.

"There is information that should be collected in a different country using their laws. It takes time to get those details, if you get any details at all," national investigation bureau spokesman Jörgen Lindeberg told the TT news agency on Tuesday.

Swedish prosecutors have charged a Malmö-based 31-year-old man for forcing girls as young as twelve to perform sexual acts in front of a webcam. The suspect faces his first day in court on Tuesday, after the prosecutor travelled the width and breath of Sweden to interview victims and collect evidence. The prosecutor's office said more charges could be added to the case, as investigators had not yet wrapped up their research.

"They're travelling right now, so I won't be charging (him) on all points, this is just part of it at the moment," prosecutor Ulrika Rogland told TT.