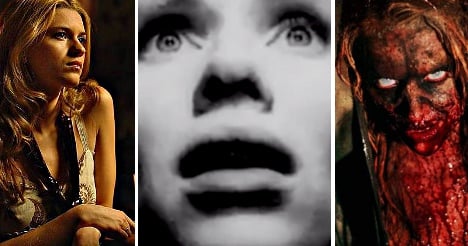 Darling, The Hour of the Wolf, and Wither.

It's not all blood and guts. The Local's list of Sweden's top ten most disturbing films runs the whole range from rabbit-boiling to drinking your neighbour.

All with a Swedish twist, of course, whether that be a very small vampire turning a perfectly normal-looking Stockholm suburb into the worst place you've ever imagined, or, reminding you that if you're a middle-aged man with power, you may want to think again before sleeping with a 20-year-old woman in your employ.

One film in our pick, less physical and more mental, won Best Film at Monday's Guldbagge Awards. Remember the artist who faked a suicide attempt on a Stockholm bridge a few years back? Anna Odell is back, with a vengeance. Too much vengeance some would say.

IN PICTURES: Sweden's ten most disturbing films of all time There is also classic horror in here. You know, cabin in the woods… a fail-safe cinematic recipe for disaster, of course, but we've also got "country retreat in the woods" and "Rolf Lassgård in the woods".

Babe in the woods, eh, wait, no….  blonde babe in a very swanky bar… but not for long! She is about to end up in her very own private hell (it's actually not much of a plot spoiler to reveal she ends up working at McDonald's).  Class warfare had to be in here somewhere.

Want not, fantasy nerds! There are also demons, zombies, and a furious poltergeist.

If bad maths skills disturb you more than anything else in the world, however, you're in luck. Our list of the top ten most disturbing Swedish films accidentally includes eleven movies… well, actually 14 or 17, depending on how you're counting…. or 19 if you also include the American remakes.