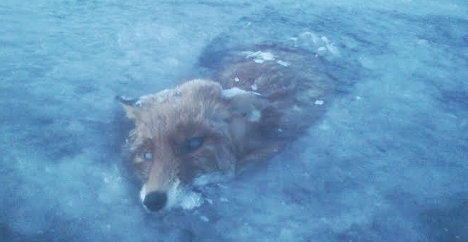 Photo: Jeffer Sandström
The grisly find was made recently by 26-year-old Jeffer Sandström, who was hesitant himself as to whether skating on a lake in Jönköping was a good idea.
"Temperatures had been below zero for several days, so I figured it was strong enough for a skate," he told The Local, adding that the ice was likely between three and five centimetres thick
After a few hours of skating "with the odd cracking sound here and there", the Swede made a macabre discovery.
IN PICTURES: Photos of the frozen fox
"I saw something out of the corner of my eye and thought 'What's that?' I figured it was junk someone had thrown in the lake," he explained.
"But when I went to investigate I saw it was a fox stuck in the ice. I'd never seen anything like it before."
Sandström admitted to feeling sorry for the fox, and added that the wild animal appeared to have fallen through thin ice and ended up swimming.
The Swede didn't hang around to find out whether the fox may had had company during its fatal winter swim.
"I just thought 'Whoops, it's time to go home'. If a fox can get it wrong, then so can I," he told The Local.
The incident is not the first time an animal has frozen solid in Scandinavian ice. In Norway an elk and a whole school of fish have been found and photographed after they met their end in thin ice. 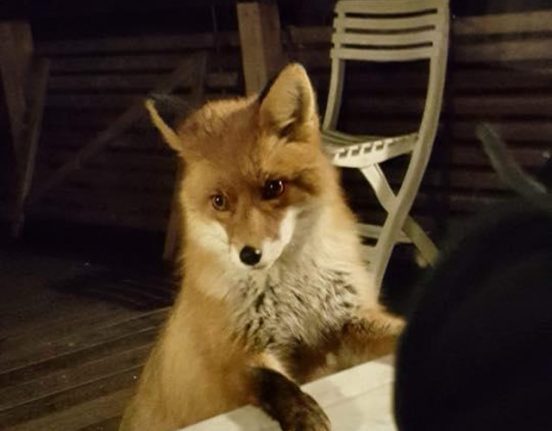 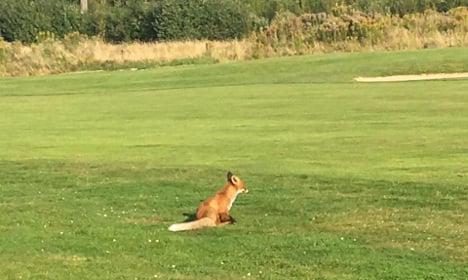