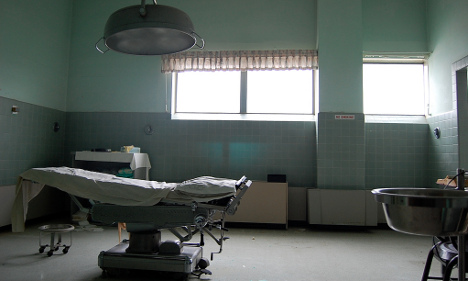 The student nurse spent her internship at a hospital in Eksjö where claimed she had been promised to work extra in the summer. When she told them that her faith prevented her from taking part in abortions, the hospital retracted its offer of summer employment, Ellinor Grimmark claimed in a complaint that has submitted to the Swedish discrimination watchdog Diskrimineringsombudsmannen (DO).

"I feel like their reaction was personal," she told the TT news agency on Friday. The midwife has now finished her studies and found work at another hospital, where staff had told her that her refusal to assist with abortions was not straightforward.

"I declared my attitude to the hospital management and while they think it is problematic they said it was OK and that were prepared to give it a try," Grimmark said.

She has found no support, however, from the union.

"As a patient in Sweden it must be very clear what  (healthcare) you can expect  according to Swedish law," the Swedish Association of Health Professionals (Vårdförbundet) vice chairwoman Pia Arndorff told TT. "It should not depend on whom you happen to encounter."

In contrast, Grimmark though it was reasonable to be able to opt out of certain work also in the public sector due to private conviction.

"I think it's part and parcel of human rights, and that one should have freedom of conscience also in Sweden," Grimmark told TT.

The Discrimination Ombudsman is expected to issue a ruling within the next week or two.