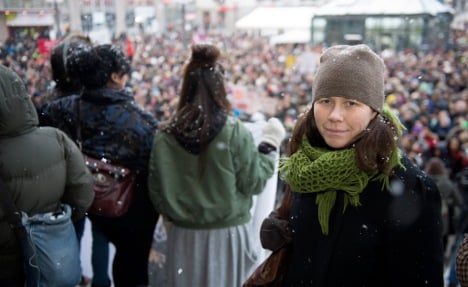 Sweden's main opposition party, the Social Democrats, have now signaled they would consider looking at changes to rape legislation, something for which the Green and Left Parties have already expressed their support.

Meanwhile, the Liberal Party (Folkpartiet), part of the four-party coalition government, has also stated that the question should be reexamined, leaving only the second biggest party in parliament, the ruling Moderates, unwilling to open yet another inquiry into the hotly debated topic.

The minority Sweden Democrats have yet to make their minds up on the issue, citing doubts about whether a rewrite would lead to more convictions and prison sentences.

"I cannot imagine that anyone would be opposed to an inquiry, although perhaps we haven't examined the question properly," the party's legal spokesperson and MP Richard Jomshof told the TT news agency on Friday.

The debate about Sweden's rape law gained new momentum after several high-profile cases in which alleged rapists were freed on the basis that they had not knowingly acted against the other person's wishes. The recent trial in which a man was acquitted because he interpreted the woman's protests to be part of a dominant-sex game provoked protests, not only on op-ed pages but on the streets. In Stockholm, Green Party spokeswoman Åsa Romson attended a rally earlier in January.

While the Greens have demanded that the government move to rewrite the law, the Social Democrats took a more timid approach. They said that they would submit a proposal to the parliamentary judiciary committee on Friday to open an inquiry into the matter, in particular to find out why so few reported rapes lead to prosecutions and convictions.

Sweden has a low reported-rape-to-conviction rate, which observers note should be taken with a grain of salt as the rate of reporting the assaults is considered higher than in many other countries.

"We have 6,000 reports of rape every year and only a few hundred make it to a conviction," Social Democrat legal spokesman and MP Morgan Johansson told TT. "It makes it clear that the justice system doesn't work the way citizens should be able to expect."

Johansson has already participated in two inquiries into whether Sweden should introduce consent in its rape legislation and he said there are both benefits and drawbacks to a consent law (samtyckeslag). He said it risked putting the emphasis on the victim's behaviour during trial, rather than prioritizing a review of the alleged attacker's behaviour.