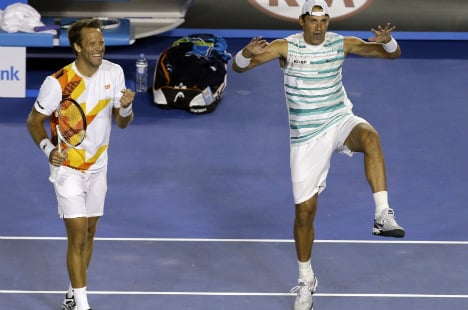 Kubot climbed into the stands and embraced his supporters after the 6-3, 6-3 victory over American Eric Butorac and Raven Klaasen of South Africa.

It was a fairytale result for the Polish-Swedish duo, who were contesting their first Grand Slam championship together.

Before arriving in Melbourne, they had never won a match in three tournaments together.

Saturday's win was fourth time lucky for the Stockholm-based Swede after having lost his three previous Grand Slam finals, all at Wimbledon, then partnered with Romanian Horia Tecau.