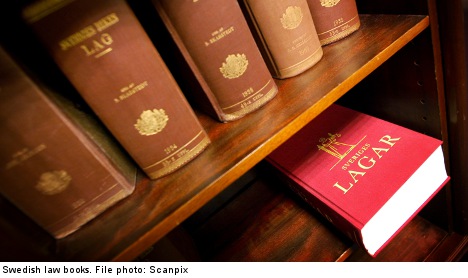 The incident took place in the 46-year-old man's in November 2013 when the two returned to the man's apartment after having dinner together at a restaurant in Gothenburg.

The 21-year-old woman told the court the last thing she remembers from the evening is falling asleep in the man's apartment with her clothes on before waking up the following afternoon to find herself locked in a room.

In its decision, the Gothenburg District Court ruled there was no doubt the woman was intoxicated, noting that she was so drunk she "fell to the ground and lay there awhile", the Metro newspaper reported.

Tests later revealed the woman's blood alcohol-level was between 2.0 and 2.5 per mille, more than ten times the legal limit in Sweden, putting her in what the court called a "particularly vulnerable situation".

Reform's to Sweden's sex-crime legislation implemented in July 2013 redefined the term "incapacitated state" to "particularly vulnerable situation", which in effect re-classifies certain types of sexual assault as rape.The reforms were meant to apply to cases where a victim responds to a sexual assault by remaining passive, allowing them to be treated as rape.

But the man told the court that he didn't realize the woman was drunk when they were back at his flat, adding that during intercourse she was "active" and "made certain noises".

In acquitting the man of the rape charges, the court ruled it had not been proven that the man "understood or was aware that" the woman was drunk nor that he knowingly acted against the woman's wishes.

Prosecutor Stefan Lind plans to appeal the verdict, telling the newspaper it was "obvious the man had intent".

The 21-year-old's attorney also plans to join the appeal, expressing concern for her client's well-being.

The case is the latest in a number of rape acquittals that has prompted debate about further reforms to Sweden's sex-crime legislation, with some arguing consent ought to written into the legal definition of rape.