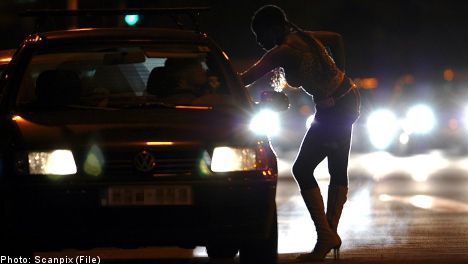 "We are profoundly against this, naturally," Gertrud Åström, chairwoman of the NGO Swedish Women's Lobby (Sveriges Kvinnolobby),  told the TT news agency on Tuesday.

The proposal from Amnesty's London headquarters argued that decriminalizing prostitution could lead to increased access to health, security, and personal integrity for sex workers. In response, Amnesty's Swedish chapter underlined that all national subsidiaries of the organization would be able to have their say. The proposal would be scrapped, accepted, or revised in September at the earliest, reported the TT news agency.

"It is important for us to have an in-depth and broad consultation," Amnesty Sweden spokeswoman Elisabeth Löfgren told TT. "We will consult with, among others, organizations that work for women's rights in Sweden and we don't know what the final finding will be or what conclusion the Swedish subsidiary will reach."

Yet at the Swedish Women's Lobby, chairwoman Åström pointed out that any such proposal would contravene national law. In Sweden, purchasing sex, rather than selling it, is illegal.

"They could have said straight off the bat that due to the Swedish legislation, Amnesty Sweden cannot work in (this proposal's) favour," Åström said. "We are appalled and deeply disappointed that they didn't react by distancing themselves straight away."

Åström is also a member of Amnesty.

"My instinctive reaction is to leave. I haven't done it yet, but I am one of the many women who carry Amnesty with our volunteer work."