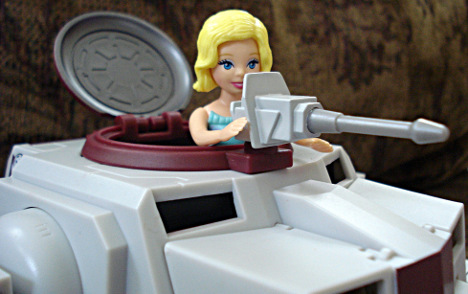 On Monday, Booth took something of a swipe at Sweden and its Nordic neighbours with a piece published in the Guardian entitled Dark lands: the grim truth behind the 'Scandinavian miracle'.

As it turns out, the description comes from his upcoming book The Almost Nearly Perfect People – The Truth About the Nordic Miracle, out on February 6th in the UK. Booth also spent enough time among Scandinavians to avoid the moniker 'parachute journalist', including a decade on-off in Denmark with his Danish wife. But then that Guardian piece came out. The one in which he said Sweden is a one-party state, the "China of the north", a comparison that ruffled feathers among more than a few Swedes.

"(Sweden) continues to thrive economically thanks to its distinctive brand of totalitarian modernism," Booth argued in the piece, "which curbs freedoms, suppresses dissent in the name of consensus, and seems hell-bent on severing the bonds between wife and husband, children and parents, and elderly on their children. Think of it as the China of the north."

Yet he was also quick to point out that any Swede-bashing about to appear in his article could never compete with Swedes' own image of themselves, which, a recent survey found, contained a few stereotypical gems like "nature loving", but also envious, stiff, industrious, quiet, honest, dishonest, xenophobic.

So whose myths was Booth busting. He answered The Local's questions via email.

Any pleasure in myth-busting? And what myths did you encounter in Sweden specifically?

What I wanted to do with the Guardian piece was to shake up Guardian readers who have been fed a diet of virtually 100 percent pro-Nordic news for the last few years. The piece was, by definition, very selective and subjective. You could call it stretching a point to make a point.

The book, on the other hand, is a little more balanced (the title should give a clue: 'almost nearly perfect'), but I have to say, when I was doing my research, I was quite shocked by the negative self-image the Swedes have in terms of their cultural output and their characteristics.

Did you ever think about how the Swedes would react to your book? Did you/do you care?

Again, I don't really say anything about the Swedes that they haven't said before, or that observers more expert than I have said. Plus, in the book there is space for counter-arguments from a range of Swedes, which there wasn't in the more polemical Guardian piece.

That said, the book wasn't written with Swedes in mind (why would they care what some random Brit thinks about them? I am guessing they have thicker skin than that), but to explain to us ignorant Brits and Americans more about the diversity, excellence, and down-sides of the Nordic societies.

Are then any misconceptions that you are happy you sorted out?

I was surprised by Sweden's enthusiasm for making and selling arms. One tends to think of them as a peaceful people (assuming you can ignore the Viking rampages, the European wars, etc.).

I was also surprised by the role played by a small handful of very powerful industrialists in the country's post-war Social Democratic history. That can seem a little sinister to an outsider. Surprised by the rise of the right wing in recent years. Surprised by the relationship to Finland. Sweden is a very surprising country.

I doubt it. The Brits joke about everything: it's one of our failings. It is interesting, though, who the subject of the jokes is in Scandinavia…

Time to dwell on the positives! I went to Umeå recently: it was fascinating.

Have you ever had an encounter in Sweden where you just felt, f*** this, I give up? And if so, how when where what.

I do find the civic manners very, very difficult to deal with: prime among them, trying to get on trains while other people are still trying to disembark. Just seems illogical, more than anything.

Then again, the British have very peculiar, baroque manners, so who am I to judge

Anything the rest of world should learn from Sweden? And vice versa?

Sweden has a great deal to teach the world about openness, three-minute pop songs, and modernity in all its forms. From what I understand, what might be lacking in Sweden is a plurality of viewpoints in your media (that's what the Danes say about you, at least).