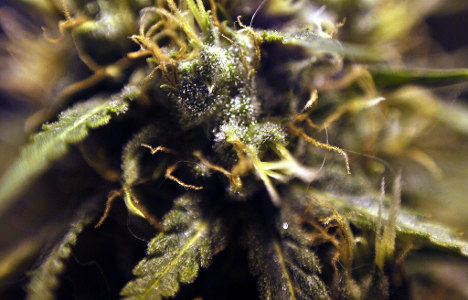 "Despite the present climate regarding cannabis use, our research shows that women should avoid cannabis exposure during pregnancy," Professor Tibor Harkany of Karolinska Institute near Stockholm told The Local. "Using cannabis is directly detrimental to the foetus."

The Institute's Professor Tibor Harkany was part of a global team of scientists looking into what effects consuming cannabis during pregnancy had on the unborn child. They found that the drug is "particularly powerful" in altering how nerve cells form connections, "potentially limiting the amount of information the affected brain can process".

An increasing number of children suffer from the consequences of maternal drug exposure during pregnancy, and cannabis is one of the most frequently used substances, Karolinska researchers explained.

Using mice and human brain tissue, the study's aim was to "decipher the molecular basis of how the major psychoactive component from cannabis called delta-9-tetrahydrocannabinol or THC affects brain development of the unborn foetus."

The results were clear: consuming cannabis during pregnancy results in defective development of nerve cells in the cerebral cortex, the part of the brain that orchestrates higher cognitive functions and helps people form memories.

Harkany warned that even casual, recreational use can result in subtle damage that can significantly increase the risk of delayed neuropsychiatric diseases.

"While heavy cannabis use can bring about actual physical changes in the brain, even lower doses have an effect by intruding into the brain's normal growth processes," he said.

He stressed that it was irrelevant whether the cannabis consumption was a lifestyle choice or for medicinal purposes, cautioning that expectant mothers who use medical marijuana should undergo a "very clear medical risk assessment" about whether to continue using the drug.

Second-hand pot smoke should also be avoided, Harkany said, adding that he hopes the research can help "change how we look at cannabis", a drug he agreed was more dangerous than many people think.