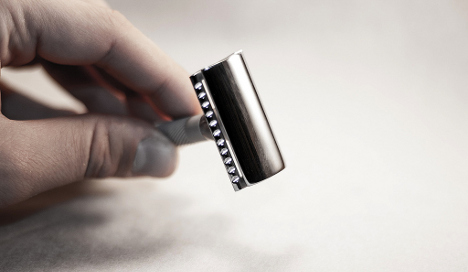 File photo: igorputina/Flickr
The incident occurred when the care worker visited the 85-year-old man in his home near Jönköping. Despite the man's protests, the carer proceed to forcibly shave the man's private parts, the TT news agency reported. The unwanted shave resulted in several sores on the man's genitals.
The Jönköping man later claimed the carer refused to listen to his pleas, adding that he never received an explanation as to why he needed to have the hair removed in the first place.
The incident has since been reported to social services. Authorities refused to confirm that the man had been a victim of any unwanted grooming, but acknowledged they had received a report about the incident.
"I can't go into specific details about an individual case but I can confirm that an investigation is ongoing," Camilla Johansson, head of elderly care in the Jönköping municipality, told The Local.
While refusing to divulge any details about the case, Johansson explained that it's common for municipalities to offer home health services (hemtjänst) to people who request it.
"A person who needs help makes contact with the authorities, and from there a decision is made on exactly what help can be given based on the Social Services Act (socialtjänstlagen)," she explained.
"It can be different around the country, but here, we make a plan and then help is given accordingly."
However, Johansson refused to offer any insights on how possible miscommunication might have occurred in the case of the 85-year-old man.
Home care in Sweden is run at a municipal level, and carers can be employed by the municipality itself or hired privately. Sweden's social services act, passed in 1982, states that anyone who is in need of assistance has a legal right to it.