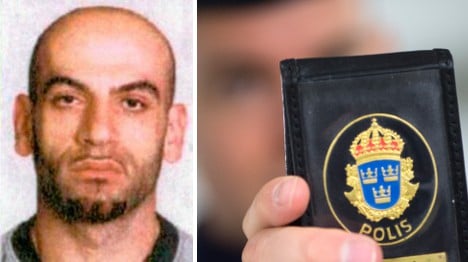 In 2006, Denho "Dano" Acar fled to Turkey, where he is a citizen and has been hiding ever since, despite an international arrest warrant issued by Sweden.

Acar is suspected of orchestrating several crimes in Sweden, including a bomb attack against a cafe in central Gothenburg in 2006. He is also believed to have ordered a bomb attack from Turkey against an apartment in Stockholm in 2009.

While two men tied to the Original Gangsters gang were arrested and sentenced to prison for the attacks, Acar was released after his arrest on suspicions of conspiracy to commit murder and promptly fled the country.

As Turkey has no extradition treaty with the European Union, Swedish prosecutors have been working for the last five years to urge Turkish authorities to pursue the case, and the efforts have finally borne fruit.

"Dehno Acar was indicted at the end of last year and will be put on trial in March," Bo Runnquist, Acar's public defender in Sweden, told the Göteborgs-Posten (GP) newspaper.

The formal charges brought against Acar in Turkey include robbery, aggravated robbery, and vandalism, GP reported. He has denied all the charges against him.

Swedish prosecutor Thomas Ahlstrand, who has been leading the preliminary investigation into Acar's alleged crimes since 2006 said the filing of charges in Turkey "are a sign that international cooperation is working".

Acar's trial is excepted to begin on March 7th in Izmir.