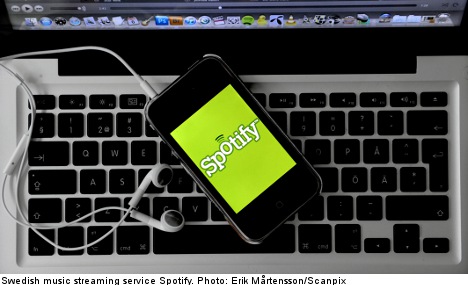 A recently advertised vacancy on the Spotify website seeks an "External Reporting Specialist" who can ensure the company complies with filing standards set by the US Securities and Exchange Commission (SEC).

"It looks like they are preparing themselves for an IPO," a corporate finance lawyer told the Reuters news agency.

A share listing by Spotify, which raised $250 million in a funding round in November, would be among "the most eagerly anticipated" tech sector IPOs, with one banker telling Reuters the digital music service could be valued as high as $8 billion.

Previously, Spotify CEO Daniel Ek has expressed his wish to keep the company private and a spokesperson refused to comment on a planned Spotify IPO, saying only the company wanted someone to help "keep our financial reporting in order".

Spotify, which has over 24 million active users, remains in fierce competition with music streaming service Pandora, as well as Apple's iTunes and other digital music services.