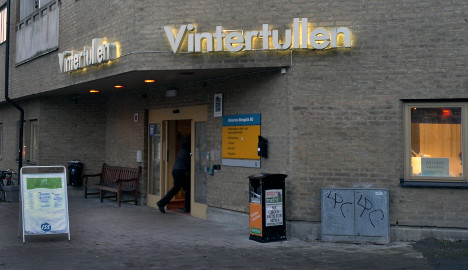 The fatal fire took place at the Vintertullen nursing home, seen here in a December 2011. File photo. Photo: Hasse Holmberg/TT
The fire began in the early hours of Wednesday morning in the Vintertullens assisted living facility on the southern side of Södermalm. Six people were rushed to hospital, and two women died.
"All those who were taken to hospital were suffering from smoke inhalation," Tove Hägg of the Stockholm police told the Dagens Nyheter newspaper.
The facility was completely torched in the blaze, but the flames did not spread beyond the living quarters. The smoke, however, billowed through several floors of the building.
Emergency services evacuated the building, and firefighters had extinguished the blaze roughly an hour after the alarm sounded at 12.39am.
The cause of the fire remains unclear, although arson is not suspected, Hägg told the TT news agency. Authorities plan to launch a forensic investigation later on Wednesday.