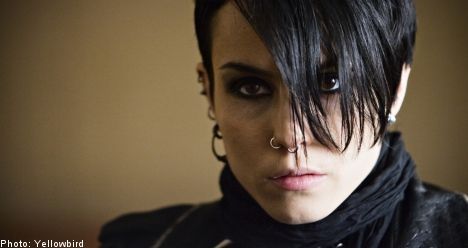 Stieg Larsson's Millenium protagonist Lisbeth Salander.
After the international success of Scandinavian crime writing, France's own small army of fictional detectives and amateur sleuths is sparking unprecedented interest from English-language publishers on the lookout for the next big thing.
Christopher MacLehose, who discovered the late Swedish author Stieg Larsson for an international readership, says that after years on the sidelines, French crime writers are finally moving "centre stage".
"I think there is a wide feeling that Scandinavian crime which was a byword until very recently for potentially best selling crime fiction has tailed off," the founder of the London-based MacLehose Press told AFP.
SEE ALSO: Ten Swedish books to read before you die
Pilar Webb, editorial director of London-based Gallic Books, said the tapering off of Scandinavian crime fiction was to be expected given the large number of books published combined with the death of Stieg Larsson, and Henning Mankell's decision to bring to an end his Wallander series.
"So many people sprang into print writing crime stories from Scandinavia… and quite a lot of the books then written in Scandinavia were much less good than the wagons they climbed onto," he said.
Now, however, French writers were finally coming into their own, he added.
"People ask if I have any Dutch crime writers and I say 'no, but I've been hunting and hunting for a good one'. Germany? Not yet, Spain? Not quite… there are one or two wonderful writers, but nothing to compare at present with France."
Read the full story, including the French crime fiction to look out for, at The Local France