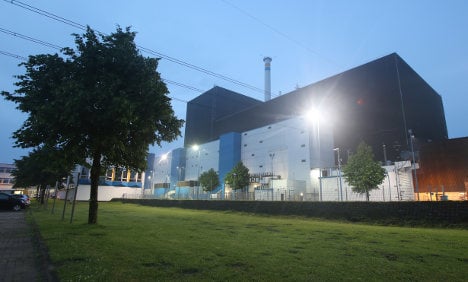 While a quarter of the barrels showed some signs of rust, the inspection also revealed that several were severely affected by corrosion.

Inspectors already discovered a rusted nuclear waste barrel in 2011 at the Brunsbüttel nuclear power plant near Hamburg, yet observers noted that the latest review showed more extensive and potentially dangerous hazards. After thorough investigation of the store rooms, 18 of the 70 barrels were found to affected by corrosion.

Robert Habeck, environment minister for the Greens in the German state of Schleswig-Holstein, said he was surprised by the extent of the latest find.

"I suspected that it wasn't an isolated case, but to find that 25 percent have been affected, however, that is a very large number," he said.

The barrels are stored underground, surrounded by thick concrete walls to keep at a minimum the risk of rusting. However, moisture on the inside of the containers themselves may have caused the corrosion, experts noted.

Pieter Wasmuth, head of Vattenfall in Hamburg, said he was concerned about his employees' safety.

"We have to think about keeping the radiation dose for workers at a level as low as possible," he said.

The state Environment Ministry said the rust did not pose any threat to the public.