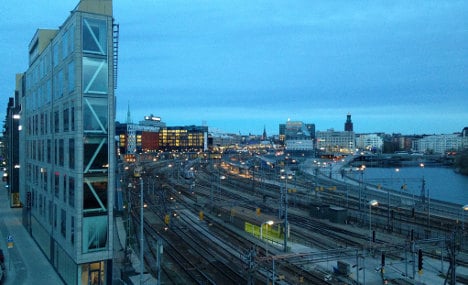 Researchers at Belgium Leveun's University looked at employment figures for workers within bio technology, medicine, and chemical engineering, among other technical professions. The study, partly financed by Google, also looked at technology companies' performance and employment rate between 2000 and 2011 in several European cities, including Stockholm.

It found that across the European Union, there were 22 million people employed in the industrial sector – or around ten percent of the total work force. In Sweden overall, 12.7 percent of the country's workers were employed in the sector, which was even more important in Stockholm where as many as 18 percent of all employees – or 197,000 people – work for technology companies.

Maria Rankka, the managing director of the Stockholm Chamber of Commerce, put the results down to the variety of Stockholm-based technology companies.

"Our industry is extremely broad. We're not dependent on one company, not even on one branch," she told the Svenska Dagbladet newspaper (SvD) on Monday. "We have 11 global companies with headquarters in Stockholm."

Rankka said there were only 11 other European cities with more than ten global company headquarters, and noted that the high density was even rarer for a comparably small city such as Stockholm.

"A typical city of two million people wouldn't have that many," she told SvD.

The Belgian study found that employees earned well in the industry and ran a relatively low risk of not finding a job if made redundant.  The technology sector in the regions compared in the study boasted jobless figures of less than four percent throughout the study period. In comparison, unemployment overall in Sweden as of January 2014 was 8.6 percent.

Rankka said each job in technology usually created another three jobs in supporting industries, making it a cornerstone. She was quick to add that Stockholm shouldn't rest on its laurels.

"Of course it's interesting to ponder how Stockholm got such a strong position. But simply talking about how we're innovative and forward-thinking won't cut the mustard," she said. "Kicking back is a sure fire recipe for losing your position."