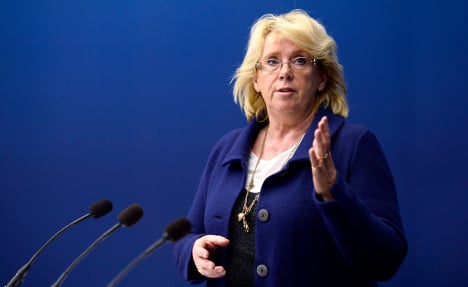 Sweden threatened Wednesday to sue the European Commission over a delay in identifying harmful chemicals in everyday products.

The Commission was supposed to set criteria by December 2013 for identifying endocrine disrupting chemicals (EDCs) in thousands of anti-bacterial products — found in items such as clothes, shoes and toiletries — which have been linked to cancers, birth defects and development disorders in children.

"This is so serious from an environmental and health perspective that if it's not ready within two months we will go ahead and sue the Commission," Sweden's Environment Minister Lena Ek told public broadcaster Sveriges Radio (SR).

European health and environment groups campaigning for EU action have claimed the Commission is giving into pressure from the chemical industry – insisting on an impact analysis before criteria –despite calls from scientists for quick action and a decision by the European Parliament.

In May 2013, leading public health scientists from around the world presented a declaration to the Commission, demanding strict testing of the chemicals and rejecting the EU policy that low level exposure to the chemicals is safe.