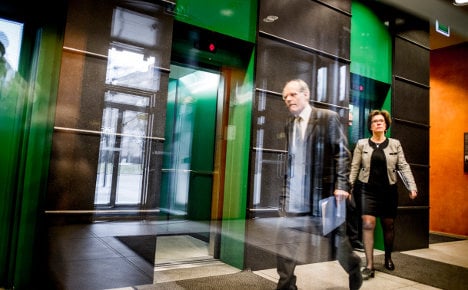 The executive board of the Riksbank made public the minutes from its meeting on February 12th, when it was decided to keep the repo rate at 0.75 percent. It cited picked-up economic activity abroad and said that Sweden – both its citizens and industry – had expressed more optimism about the future. It also noted that Sweden's employment rate was picking up.

Yet the Riksbank board members remained concerned about low inflation.

"Despite the improvement in economic activity, inflation is expected to remain low in the year ahead," it was noted.

"The low inflationary pressures justify the continued conduct of an expansionary monetary policy," the Riksbank statement said. "At the same time, the indebtedness of Swedish households is still high and is expected to increase somewhat during the forecast period, a factor that continues to pose a risk to long-term sustainability."

The executive board asked that Sweden pay attention to "several policy areas" that jointly could keep the risks of indebtedness low.

"The discussion also touched upon aspects of conducting monetary policy in a small, open economy with substantial capital flows, extensive imports and exports and a high level of household indebtedness," the statement read. "The need to implement macroprudential policy measures was emphasized."