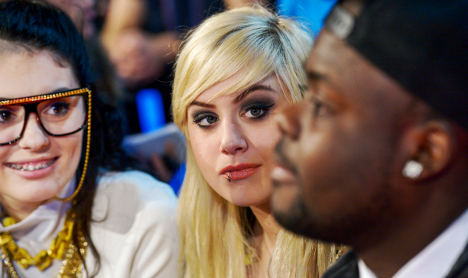 Several of Sweden's top betting firms have decided their clients can no longer place bets on the sing-offs leading up to the Melodifestivalen final.

"We haven't turned off the game totally but we are awaiting more information," Svenska spel spokesman Johan Elevant told Aftonbladet on Thursday.

Melodifestivalen organizers Sveriges Television (SVT), Sweden's public service broadcaster, on Thursday called a press conference after a computer programmer in western Sweden told local media he had successfully coded his computer to call in votes. What's more, one as yet unnamed contestant had paid him to use it.

"With a simplecomputer you could be looking at firing off a hundred calls a minute," the man told Sveriges Radio this week.

Seventy-three percent of readers on the original article who took part in a survey said they would no longer bother voting in Melodifestivalen.

While voting in the actual Eurovision contest uses a system that allows a maximum of 20 calls per mobile or landline subscription, SVT on Thursday said that was not a solution they were looking into.

The tabloid Aftonbladet asked spokeswoman Maria Ilstedt if she had any reason to believe the voting fraud was more extensive than one lone programmer, who said he had been given money from a contestant to try to rig the vote.

"I don't have a clue," she responded. "But one does want to think that the world is a good place."

Stefan Bladh, market coordinator at Bettson, said that he and his colleagues had not noticed anything untoward in how their clients placed bets on the singers.

"We haven't noticed any unusual bets on Melodifestival lately," Bladh told the paper.