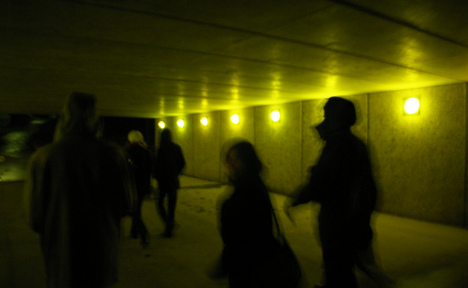 "That was the information I had then," said neighborhoud police officer Jonny Petersson in Vårberg, south of the city centre. Last week the police said the young boy had been apprehended carrying narcotics, and they suspected that he was being used as a courier.

The police have since revised the information.

"Unfortunately it was not correct," Petersson said on Wednesday.

The officer said that two statements made to the police had led to the first conclusion. Firstly, the boy's mother had called to tell them that an older boy had let the eight-year-old handle drugs. In another incident, the boy escaped from his babysitter but was later found in central Vårberg, holding candy that the police thought he had either stolen or been given as a reward.

The boy in question, it was revealed, had not in fact been carrying drugs when apprehended, but Petersson said their was information to suggest that young teenagers were used as drugs courier in the neighbourhood.

"Yes, according to the information I have," Petersson told the TT news agency.

The drugs problem, however, remained despite the faulty information about the eight-year-old. Police said last week they were planning to send in 25 plain-clothed officers in the spring to put a stop to, monitor, and then dismantle a network in which several men in their twenties use children as mules.

"There are drugs everywhere here. It's really easy to get your hands on them. No one would care if I just decided to smoke a joint in the middle of the shopping centre," a child interviewed by the local Mitti newspaper said at the time.