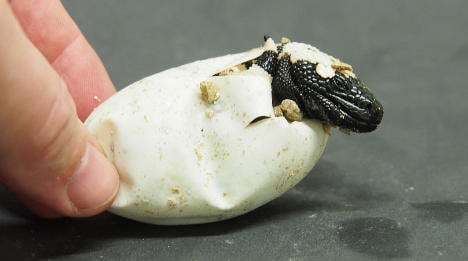 One of the baby Gila monsters. Photo: Bo Jonsson/Skansen Aquarium
Authorities at Stockholm's Skansen animal park announced the birth of two venomous baby Gila monsters on Wednesday, following a four-month incubation period.
Jonas Wahlström, the managing director at Skansen's aquarium, said animal keepers were proud to orchestrate the first birth of the species within Europe.
IN PICTURES: See more of the tiny terrors
"We're extremely happy to have finally succeeded in multiplying the numbers of Gila monsters after breeding them for years," he told The Local.
The Gila monster (Heloderma suspectum) is a native to the southern parts United States and northern parts of Mexico. It's a slow-moving, heavy lizard which grows up to 60 centimetres long. They're found in deserts and prey on small rodents and eggs.
The Local/dv 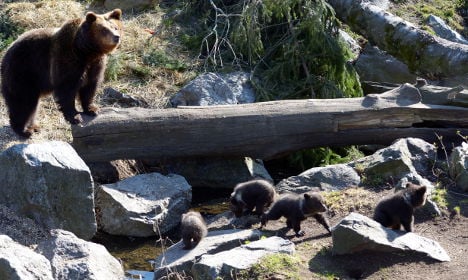 BEAR
The Swedish bear quadruplets that will make you go ‘awww’
Url copied to clipboard!