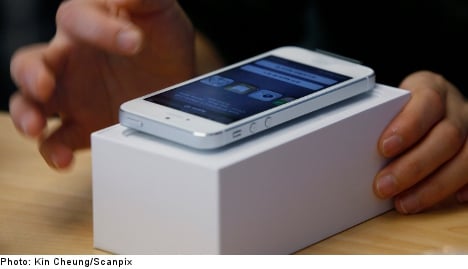 The Talking Angela game is a virtual cat who children can talk to, meet and make friends with. According to the rumours, a paedophile has been able to hack the app and spy on child users through the camera lens. There have also been reports of the man asking the children for their personal details.
"I have heard that a man hacked into the mobile phone and can see through the camera and the eye of the cat. If you give a present, touch the heart or send a smiley then the man takes a picture," said nine-year user Matilde Süper to the TT news agency.
The rumour is however reported to have begun as a joke on social networking site Facebook and has been doing the rounds of the internet for the past two years.
But after arriving on forums frequented by Swedish children in recent weeks concerns increased. Some children have even called the helpline operated by the Children's Rights in Society (Barnens rätt i samhället – BRIS) charity to seek advice.
"Children have called about it on several occasions over the past week and several threads have been opened on our forums," said press secretary Anna-Maria Carnhede.
BRIS has sought to calm the fears however and told children to talk to their parents about the matter.
The rumour has also been dismissed on major news sites, such as The Guardian and USA Today, and the app's developer Outfit7 told Sveriges Television that the rumours were baseless.
Peter Parnes, professor of distributed computing systems at Luleå University, is convinced that the rumour is untrue.
"The probability is low. Had Talking Angela had this error, it would not have taken long before it was discovered."
Parnes however issued a general warning to parents to keep a careful check on what they allow their children to install on their phones.