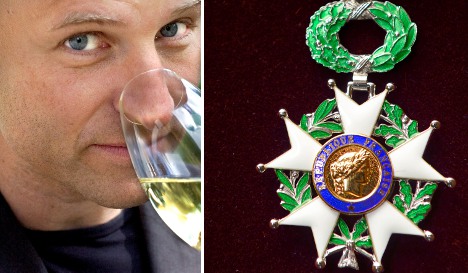 Juhlin will join around 250 Swedes who have received the the Napoleonic order since 1960. The list included Swedish industrialist P.G. Gyllenhammar, singer and actor Rickard Wolff, Princess Christina, and the author Katarina Frostensson.

On Wednesday, Juhlin told the business daily Dagens Industri (DI) that he was eight years old when his parents first took him to a wine tasting. He was much better at it than the adults present, which, he says, made a competitive drive kick in. More than four decades later, Juhlin has sampled more than 8,000 champagne labels and said that being Swedish meant he was liberated from the "local patriotism" that can sway French experts' judgment.

He has just published a new review of champagne, based on the extensive sampling that have made some nickname him the Carl Linnaeus of champagne, after the Uppsala scientist who introduced the classification of species to the world.

Julhin told DI that he would never develop nor lend his name to a champagne label, as he wanted to protect his independence and objectivity, but he had recently lent his name to an alcohol-free sparkling wine.

"I know it sounds a bit odd," he told DI. "But I'd just been to the Middle East where many people don't drink alcohol for religious reasons, and my wife was breastfeeding, so I saw that there was a need for a really good alcohol-free wine." 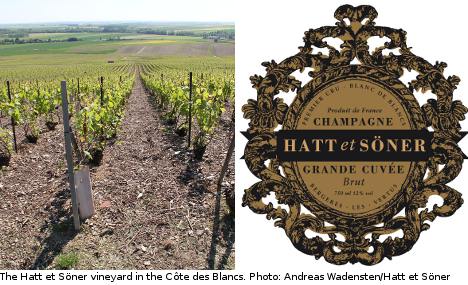