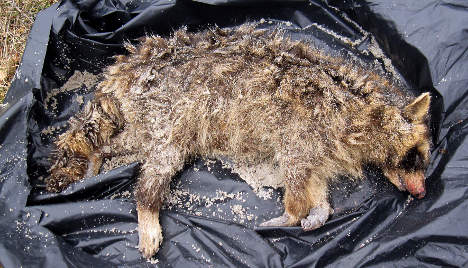 A picture of the raccoon found in southern Sweden. Photo: Jan-Åke Hillarp/Länsstyrelsen/TT

Swedish authorities said on Tuesday that a dead raccoon had been found on a beach in Skåne, southern Sweden, near the town of Falsterbo. In a statement, they said that the animal had most likely drowned after hitching a ride with a ship from the continent, where the distinctive looking mammal has spread in recent years.

Raccoons, known as washing bears (tvättbjörnar) in Swedish, have become more numerous in northern Europe but have not yet been identified in Sweden, where they would be considered a distinct threat to the wildlife diversity.

The animal already poses a threat on the other side of the Baltic Sea. The Local Germany reported last year that hunters had warned the authorities of the ever increasing number of raccoons, which first came to Europe from America in the 1930s. The furry North American interloper – which now number half a million in Germany – is considered a pest due to its tendency to hunt a wide variety of native animals, including birds, bats and anything else they can get their claws on.

Last spring, the German Hunting Association said that 71,071 raccoons were killed that season – 3,365 more than the year before.

"Environmentalists and hunters agree that raccoons must be hunted more intensively," German hunting journalist Peter Burckhardt said at the time.

Back in Sweden, the TT news agency reported that the Skåne County Administrative Board (Länsstyrelsen) had sent the dead raccoon, which was discovered over the weekend, to the state veterinary lab for an autopsy.

"If it turns out that it hadn't drowned but came from inland, then we have a problem," said county spokesman Nils Carlsson. 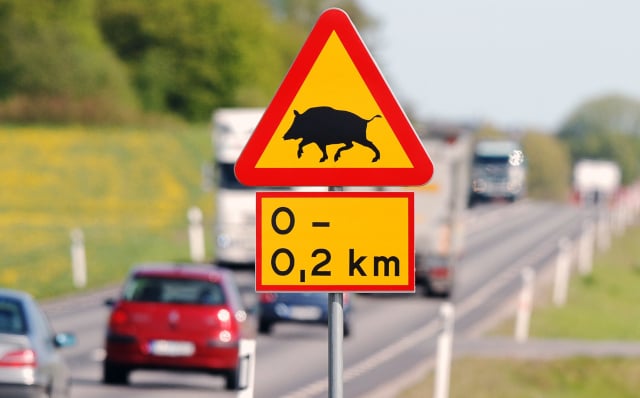