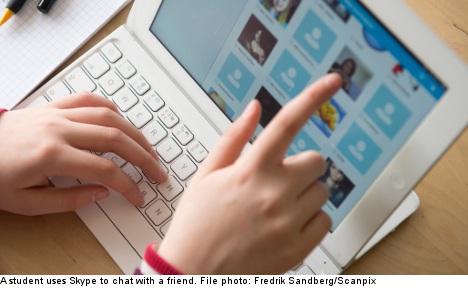 Two-year-old Mia traces out a letter on the screen with her forefinger, then claps with joy when the computer chants "wonderful!" and emits a slightly metallic round of applause. The preschool group at Tanto International School in central Stockholm is just getting used to a new batch of iPads — one for every two children — and it's a noisy, chatty affair.
"They really enjoy playing this app. It's really good for learning pronunciation," said their teacher Helena Bergstrand.
Bergstrand, along with nearly 90 percent of teachers polled by the city council, believes that iPads and tablets help motivate children to learn.
– 'More interactive' –
"There's an instant appeal with an iPad … they love it!" Bergstrand says, raising her voice over the din as she moves around the table to help the children. "It's more interactive (than pen and paper)."
Petra Petersen at Uppsala University has researched the rapidly growing use of tablets in preschools — recording children when they interact with the technology and each other.
"In the schools I've looked at, they usually sit together in a group and its very collaborative, there's a lot of body contact and verbal communication," she said.
"These tablets are very multi-modal — they have colours, sounds, spoken words, and things that interest the children — that's part of what makes them so popular. A large part of learning is about having fun, and the children have a lot of fun with them."
In Sweden, like in many countries, small children often play games on tablets and laptops long before they encounter them at school. The national media council said that close to 70 percent of Swedish two- to four-year-olds play video games. Nearly a half (45 percent) of children aged two have used the Internet — perhaps unsurprising in a country with one of the world's highest mobile broadband penetrations.
"It's more or less prioritized in schools now, to bridge the gap between schools and the environment children are living in," said Peter Karlberg, an IT expert at the National Education Agency, referring to the thousands of tablet computers bought by public and private sector schools in the last few years.
And that has put increasing pressure on teachers to get up to speed — one in every two surveyed have said they need special training.
– 'Still a taboo' –
Felix Gyllenstig Serrao, a teacher in the western city of Gothenburg, has taken computer-aided teaching further than most, using the popular Swedish game Minecraft to teach children with behavioural and concentration problems, including Attention Deficit Disorder and Asperger's Syndrome.
"I bring something to the classroom that they like — that they do in their spare time — to make them want to be in school," he said.
"Minecraft is very good because it's so open and creative … I usually use it to make a topic more alive."
Serrao —  a games enthusiast himself — teaches 12- to 15-year-olds subjects like mathematics and history, using the game's building blocks, often called "digital lego", to make maths problems tangible or to illustrate scenes from history books, building them in the game after the formal part of the lesson has ended.
"It reinforces what they learn — when they return to the game later and see there's a pyramid there or a town we built they remember the lesson."
He said Sweden has a long way to go before schools can exploit the full potential of digital classrooms.
"There's still a taboo around games. When I talk to older teachers about this they usually frown — thinking that video games have nothing to do with learning," he said.
– 'Can't replace a teacher' –
The drive to digitize schools also has outspoken critics.
Jonas Linderoth, a video games researcher at the University of Gothenburg's education faculty, sees a number of pitfalls in the current drive to put tablets in the hands of infants, and in over-stating the educational value of video games.
"This technology wasn't available three years ago and now the discourse is that you can't have a preschool without a tablet computer … A three-year-old's life is complex enough as it is — there is so much to learn. Do you really need to add more complexity with apps?," he said, adding that it takes time away from other activities.
"Most children have this technology at home. They can click on apps in the back seat of the family car. But fewer and fewer have parents that read to them — preschools should compensate for that."
He also pours scorn on science fiction-like visions of the future of education where students effortlessly learn by playing video games.
"There is this popular idea now that gaming has unlocked the holy grail to learning … Real learning is hard work!"
Bored with letters, Mia clicks a puppet-making app on her preschool iPad, and her own face appears on the screen.    As she smiles, her teacher helps her take a photo and superimpose it on an animated character.
"In preschool, children play games all the time — you don't sit down for lessons — and iPads are really appealing to them. I think we'd be fools not to use them," said Bergstrand. "They can't replace a teacher but they can definitely help us — to have something extra that's fun to work with." 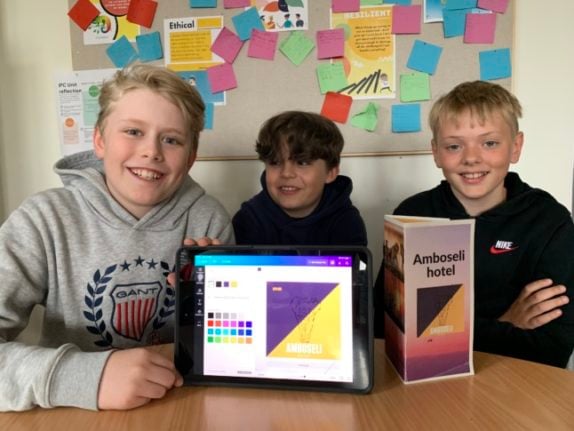 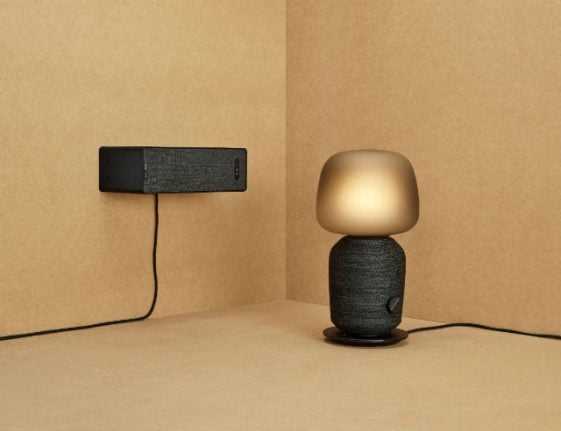 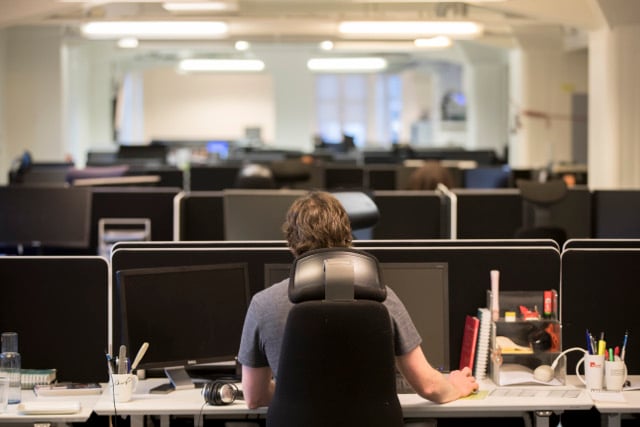 IT
Migration needed to avoid deficit of 70,000 digital professionals in Sweden: report
Url copied to clipboard!