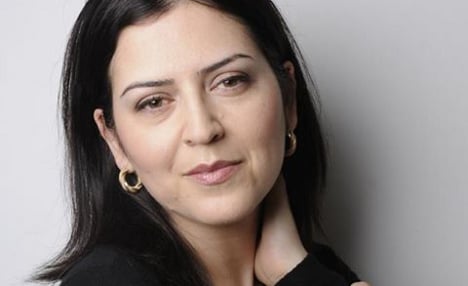 I knew that there was trouble ahead when my then seven-year-old daughter asked me: “Mum, I'm Swedish, right?”. I had been expecting that question since the day she was born. The problem wasn't so much that she asked, but that it required an answer from me.

"Yes, of course you're Swedish" was one option, while a second option was, "No, you're not. Your parents are Iranians and so you're Iranian too". It was so difficult that I couldn't but hate the situation. A few seconds passed before I went for a third option. I approached her with my arms open and let her sit in my lap. "You're human, my dear. That's what's important".

I felt both proud and content with my answer, but my daughter gave me a surprised gaze with big eyes that let me know in an instant that I had made a mistake.

Obviously she wanted to belong somewhere, and being told she was a human being didn't cut it – it wasn't enough for a seven-year-old. As a parent, that moment made me feel both powerless and frustrated. Frustrated because society demands that our children identify with a nationality, because society divides children up into different categories. Because society makes young children pose a question like that.

My frustration forced me to look deeper, however, until I understood that these little angels searching for an identity also felt pressured by their parents, not just society.

Many immigrant parents absolutely want their children to keep in touch with their roots. Many call themselves Iranians, Turks, Arabs and so on, but we do also live in a society that makes people take on the role as an immigrant, a second-generation immigrant and so on.

In the midst of all this are the children who want to be like everybody else, but notice that society as well as their parents place different expectations on them.

The pressure from both sides is one of the reasons that make them prone to feel excluded. The consequences are huge both for society and on an individual level.

We spend a lot of time discussing immigration, integration, and even failed integration policies. We should also talk about the reality of living in a segregated society, in which different groups have their fixed positions, with many cues that it is important to stay put.

We dodge talking about segregation by focusing on words such as multiculturalism. We like people to notice these false positives, such as the terms "diversity" and "integration", but the truth is that as long as the structure of society leads to segregation, and the different groups feel comfortable keeping to themselves, we will always face the question: