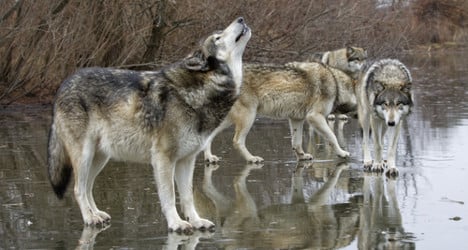 Wolves: Shutterstock.
The information was presented on Tuesday at a seminar in Vålådalen, nothern Sweden, where researchers said wolves were also changing partners more often.
"We've had an unusually high turnover among wolf pairs lately. This can be a sign that more wolves are being killed," researcher Olof Liberg told the TT news agency.
"This could be due to an increase in illegal hunting, but we can't be sure."
Stockholm's Administrative Court axed this year's annual wolf hunt, which was due to start in February. The hunts are organized in an attempt to cull wolf numbers, with this year's target to cull 30 wolves.
It would have been the first licensed wolf hunt since 2011, but now marks the third season to get the chop on appeal.
Linn Svensson at the wildlife damage centre (Viltskadecenter), which also deals with wolf statistics in Sweden, said that growing population is part of a larger trend, but added that the wolf packs were not spreading across the country.
"In certain areas, the population has become more dense. It's incredibly dense between Värmland and Närke," she explained.
Despite the density of wolves in Sweden, some had spread as far south as Denmark for the first time in almost 200 years.