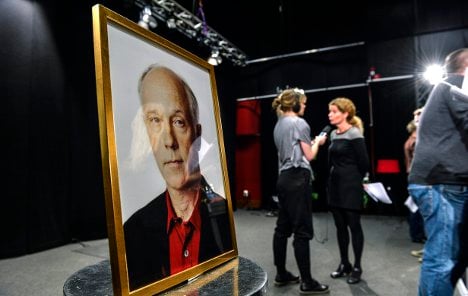 Reports came through early on Tuesday that a foreign national had been killed in the Afghan capital near a restaurant where 21 people, including 13 foreigners, were murdered in January.

Sveriges Radio (SR) later confirmed that the man was their South Asia correspondent Nils Horner. SR added later that the 51-year-old Swede was shot in the back of the head while conducting street interviews.

"This is one of the worst days in the history of Sveriges Radio," said SR's CEO Cilla Benkö.

"Nils was one of our absolute best and most experienced correspondents and what has happened to him today is horrible. We're doing our best to gather all the details."

Later on Tuesday, the Aftonbladet newspaper reported that witnesses pointed the finger at "men in uniform"

"We're on the hunt for the men but we haven't made any arrests yet," local police spokesman Hashmat Stanekzai told the paper.

Urban Hamid, an experienced Swedish war correspondent, said it was easy to downplay the risks of working in Afghanistan when spending time in the capital.

"When you are out and about in Kabul you usually feel quite safe," Hamid told The Local. "But maybe if feels safer than it actually is, because there are a lot of soldiers, police officers and checkpoints everywhere."

"Foreign reporters and aid workers are easy targets as they move about without guards," he added. "The problem now is that people have come to realize you can kill a journalist without any repercussions."

"It's a dangerous trend because on-the-ground reporting is so important. You have to be able to stand in the epicentre to give people a picture of what has happened. You can't solely rely on the news wires," Hamid said.

The AFP's Kabul bureau described the attacks as a rare daylight murder of an expatriate in a city often hit by Taliban suicide attacks.The Taliban, however, denied responsibility for the killing.

Horner was reportedly a dual national of Sweden and the UK.

"We understand he had British nationality in addition to his Swedish nationality. His family has been informed," said Sweden's ambassador to Afghanistan, Peter Semneby.

A witness at the scene described hearing a single gunshot before seeing the victim fall to the ground.

"There were two guys who ran away. They were perhaps in their twenties and security guards chased them," said the witness, who did not want to give his name.

Security forces rushed to the scene and cordoned off the street, where there was blood visible on the ground.

A doctor at Kabul's emergency hospital said Horner was dead on arrival.

Horner's last story was broadcast on Monday, in which his signature gravelly voice informed radio listeners about Afghan women's fears about the resurgent influence of the Taliban.

READ ALSO: '438 days in Ethiopian prison 'for doing my job' – The story of a Swedish journalist jailed in Ethiopia