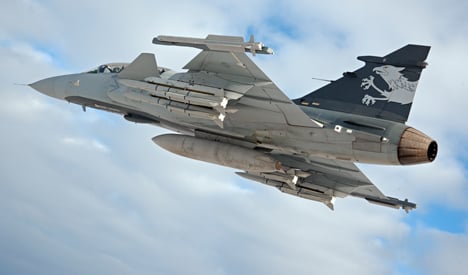 Jas Gripen in flight. Photo: Saab
The Czech army has been using the Gripen one- and two-seaters since 2005 under a 10-year contract worth around 20 billion koruna ($1 billion).
"From now on Prague will pay an annual 1.7 billion koruna," Defence Minister Martin Stropnicky said of the lease that kicks in next year.
He added that the aircraft would be upgraded under the contract. Sweden would also train 25 Czech pilots and 90 technicians.
A total of 166 Gripen fighters are used around the world, including 100 in Sweden, according to data from Swedish manufacturer Saab.