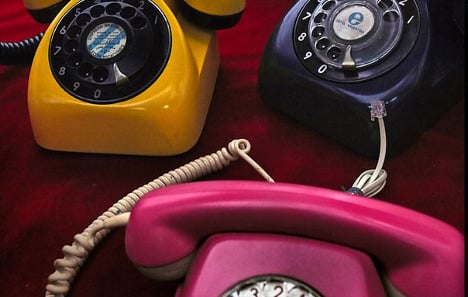 Remember what they sound like? File photo: Sara Twitchell/Flickr

A great many sounds were once part of our everyday life, but are now almost gone and forgotten. A curator at the Swedish Museum of Work (Arbetets Museum) in Norrköping came up with the project, and staff will soon start to record near extinct sounds. With EU funding under their wings, they will also work alongside museums in six others European countries.

"At first my colleagues called me a nerd, but it is great to be a nerd," working-life curator Torsten Nilsson tells The Local with a loud laugh.

It was his idea to preserve the noises for posterity, and he says many sounds will tell country-specific stories, like the sound of a chocolate factory in Belgium.

He came up with the project after realizing how easy it had become to make good quality recordings.Yet despite the internet, good quality sound was a rarity, he says, because many noises are not recordings, but digital reconstructions.

"They are fake, we want pure sounds," Nilsson says.

Nilsson has a personal wishlist for the project, that will see sounds gathered in Finland, Poland, Germany, Slovenia, and Belgium.

IN PICTURES: Top near-extinct noises set to be preserved for prosperity

At home in Sweden, Nilsson wants to brings his recorder with him to safeguard the beeps and clicks of the early-generation computers, but also out into the fields to document the roar of a tractor.

Museum staff will begin their recording sessions in March, after which the sounds will be available at the museum. In the end, these sounds will be published at Europeana.eu, an internet portal that acts as an interface to millions of books, paintings, films, museum objects, and archival records that have been digitized throughout Europe. It will all be free.

Nilsson further adds that they plan to produce a short film about the project and publish it on YouTube, as well as adding pictures and more information to Wikipedia. It will all be part of making the sounds as accessible to the public as possible.

"We want to be where people are," he tells The Local.