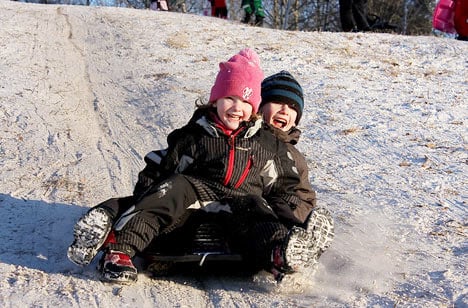 "Temperatures in Dalarna County (central Sweden) and to the north won't reach above zero even during the day," state meteorologist Emil Björck told the TT news agency. "In southern Sweden, temperatures will end up far below the 10C we have at the moment."

While the snow is set primarily to blanket Sweden's north, central Sweden could get a fair dusting also.

"Spring was actually very early so it really is normal March weather on the way now," Björck explained. "But if it gets warm far too early then you get used to that."

The cold snap will last for ten days.

Check the forecast in your part of Sweden

Despite the freeze, the state meteorology agency SMHI will not retract the fact that spring has arrived. In Sweden, spring is defined as seven days in a row when temperatures stay above freezing.

"When spring has finally arrived we won't recall it," Björck said. "But it will become more wintery and I'm sure that many people won't feel like next week is very spring-like."