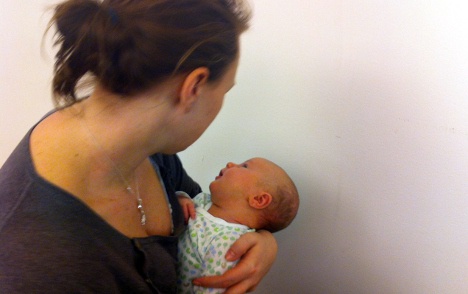 When Swedish Ingrid and her American husband John found out they were expecting their first child, they made sure to get in touch with the Social Insurance Agency (Försäkringskassan) in Sweden for help.

How much would they get every month once the baby was born?

Because John was finishing off a contract in the US and had no Swedish income or social security, it would be Ingrid's salary that in the end determined what parental leave the family could access.

The young Swedish-American couple told The Local that the agency said its staff needed at least six months of pay slips on which to base their calculation.

Ingrid, who was already working at home in Sweden when not busy "being a housewife" on trips to visit John, decided to work even more during her pregnancy to make sure she had a decent income that the agency could base its calculation on. She set to work pulling double shifts. On top of her job as a researcher, she worked nights and weekends at a care home for people with disabilities.

"I was working 200 hours a month in the autumn, and I did it because I was set on making my maternal leave payments decent," she said.

Nils was born in February. Six weeks later, the family got bad news. The Social Insurance Agency had included all of Ingrid's income for 2013, rather than the last six months, in their calculation. Which was a problem, as she had spent three months not working when she visited John in the US – three months that dragged down her average monthly salary.

While the family is not quite in dire straits despite receiving ($313) less money each month than expected, Ingrid feels the agency had accidentally misled them.

"I spoke to them maybe five, six or even seven times on the phone," she said.

"It's difficult for us to comment on this particular case because we lack all the information to know what might have happened," Social Security Agency spokeswoman Susan Ottosen told The Local. "It is unfortunate that Ingrid felt that she received the wrong information, but it illustrates that parental leave is a complicated, albeit flexible, system.

For expat families in general, with moves back and forth to Sweden to work and live, the agency recommended really getting to grips with the rules. "The Swedish social insurance is very good. Many people are aware of that and some take it for granted, but if you live and work abroad you really have to make sure you understand the rules," Ottosen said, underlining that she was not commenting on Ingrid's case in particular. She described the system as generous but complicated, with the rules explained in English on the agency's website. "There are specific criteria for parental leave, there are specific criteria for the SGI [income on which parental leave is calculated], specific rules within the EU, and specific rules outside the EU," she said. "And there are different rules for employees and entrepreneurs."

Ingrid said had learned something from the experience.

"My one piece of advice to anyone moving to Sweden and about to start a family is try to get written advice from the Social Security Agency, so you can argue with them a bit," she said. "I emailed them twice with questions and never got a reply, so that's a bit odd."

She also said that foreigners who move to Sweden, particularly Americans, would do well to know that one "has to demand" that things get done in Sweden.

"You have to fight a bit to get things," she said. "As an American, you're used to feeling sick, going to the doctor, being told that probably nothing is wrong, but let's run TEN tests anyway…. In Sweden, you have to basically tell them what test you insist on having."

For American or Swedish-American families who want to start a family in Sweden, Ingrid recommends working for an entire year, saving some money, and remembering that most expensive items like a pushchair can be found at a discount on online buy-sell sites such as Blocket.

"Having a child doesn't have to be an economic nightmare," she said. 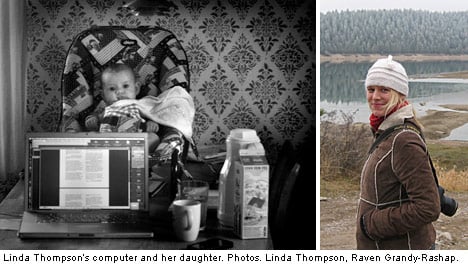 MOTHER
‘Not taking out maternity leave is taboo in Sweden’ 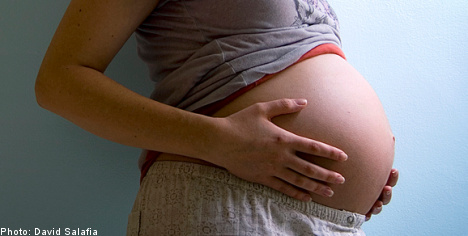