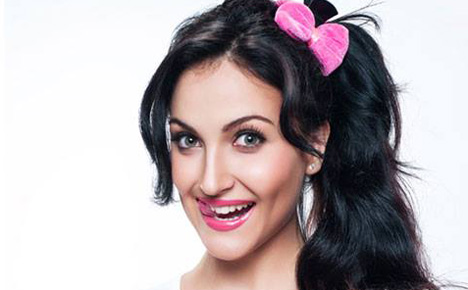 Elisabet Avramidou Granlund, better known as Elli Avram, is a 23-year-old Swede who made her Bollywood debut last year as a lead actress in Mickey Virus, a thriller/comedy about a computer hacker in Delhi. When the film hit cinemas, Avram was busy getting famous as a contestant in India's answer to Big Brother – Bigg Boss.

But the switch from Stockholm to Bollywood didn't happen overnight.

"From childhood, I was so fascinated with India and Bollywood," Avram tells The Local (with a distinct Indian accent overriding any trace of a Swedish twang) on the phone from Mumbai. "It must be the energy, and colour, you know? It somehow attracted me to it."

She admits that her father, a Greek musician, may have inadvertently helped stoke the fascination. The Greek music he played to her as a child was "borrowed and copied" from Bollywood, she later realized. Her mother is also an actress, and had a role in Ingmar Bergman's 1984 family epos Fanny & Alexander, which took home a Foreign Language Film award at the Oscars.

In her early twenties, she began studying Hindi at the Stockholm University and by 2011 she made the jump to Bollywood. And her family wasn't impressed.

"Their first reaction was like 'Noooo, don't leave us'. So obviously they were very scared and worried because it was the first time that their child had moved to another country," she explains.

"At the same time, they were very happy that I was chasing my dream… Most people are afraid of taking such a risk. But they've been supporting me… they could see that I was doing what I wanted to do."

Indeed, the Swede feels right at home in Mumbai, where she also says she feels safer than in her hometown.

"Honestly speaking I feel more safe in Bombay than in Stockholm – the reason for that is there are more people here (in Bombay) — so when you are in Stockholm, you are walking on the street alone.

She adds that if two men were to approach in Stockholm, it would feel "scarier" than in Mumbai.

And it's not just the feeling of safety. To Avram, India is "very different, completely different from Sweden". She says that there is more life, noise and sounds when compared to Stockholm. And the restaurants stay open.

"You go out to a restaurant very late with friends and it's open. It's actually funny because when I was in Sweden for the Miss India Scandinavia [in early March]… my friends were like "Elli, you have to remember that this is Sweden, – everything shuts around ten o'clock.' And i was like 'Oh my God, yeah' and you know, that's not how it is here in India."

–Building up the resume–

Avram's first project in India was a shoot for an Indian saree brand, which made her contacts in Bollywood. The next big thing was an advertisement with Bollywood superstar Akshay Kumar, who has appeared in over a hundred Hindi films.

Next it was Mickey Virus, for which the actress needed a helping hand in pronunciation.

"My Hindi was still very bad and there was no one to help me translate or to help me pronounce," says Avram.

In fact, a snippet of dialogue from the film went viral in India – the "Malviya Nagar ke James Bond" quote – in which Avram's accent and demeanour won the hearts of Indians around the country.

To help her catch up, the director of the movie even went as far as to translate her lines into Swedish and English and then finally back into Hindi. "He told me the emotions were very good, but that my accent was horrible," Avram says with a laugh.

But it was Bigg Boss that really took the Swede to new heights. There, she improved her Hindi and became a regular feature on the small screen seven days a week. While she didn't win, she was a crowd favourite, particularly for the host Salman Khan.

And her fan base exploded.

"It was flattering. People are recognizing me everywhere whether it's India, Sweden or Greece," says Avram, who can boast 66,000 followers on Twitter.

So what next for the Bollywood Swede? While she remains tight-lipped about exactly what's on the agenda, there's no shortage of interest.

"A second movie is more difficult to get because expectations are higher," she tells The Local. "But I am getting a lot of offers."