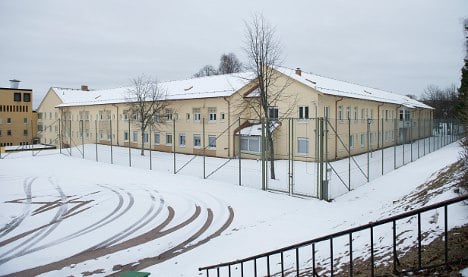 "This is a good start to something new and completely different," Sture Bergwall told the TT news agency.

Bergwall was known as Thomas Quick when he was found guilty of eight murders and confessed to cannibalism. On Wednesday, he said that he had been convinced ever since he met the journalist Hannes Råstam and the lawyer Thomas Olsson in 2008 that he would one day leave life behind bars behind him.

"I haven't doubted it for a second, but I couldn't have imagined that it would take this much time," he said.

In 2008, Bergwall retracted all of his confessions to several murders. He had been convicted of eight of them. But as he recanted, the prosecutor had to drop the charges, making the guilty verdicts null and void.

Bergwall has said he made his confessions during periods when he was heavily medicated. He has remained staunchly critical of the psychiatric hospital, used to detain and treat convicted criminals with mental disorders, in Dalarna County's Säter.

"I wasn't detained because of my mental health, but because of the murder convictions and the honour of the Säter clinic," he has blogged previously.

The Wednesday ruling stated that Bergwall still suffered psychological problems, but not to the degree that he should be kept detained. It also stated that he might relapse into crime.

While Bergwall's lawyer ponders whether to sue for damages on behalf of his client, Bergwall himself told TT he was set to write down everything that had happened to him.

"My writer's den is ready and my pencils have been sharpened," he said.

Bergwall said that the television documentary and the book written about the legal aspects of the complicated case meant he did not have to rehash that part of the story.

"I don't need to prove anything, so I can sit down and tell people exactly how things were during my years as Thomas Quick," he said.

He told the Expressen newspaper that his story was "odd" and would be told in its entirety in due course.