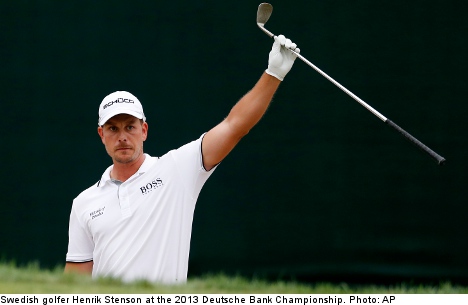 The year's first major showdown, set for April 10th-13th at Augusta National, is the only major at which Stenson has yet to crack the top 10.
"I think it's there all the time in the back of your mind," Stenson said. "I would have liked to be maybe a little bit more up and running, but on the other hand it can be a good thing as well. All you need is a good week. All you need to get going. It could happen pretty quickly. And we've got still some time. I don't think the motivation should be a problem when we get there."
Stenson, who will play alongside England's Ian Poulter and American Keegan Bradley for the first two rounds, was second at last year's British Open and third at the 2013 PGA Championship and will scout out Augusta National before playing next week at Houston.
While he has not cracked the top 15 in three US events this season, Stenson does feel his mental game is coming around after coping with last year's success.
"It's harder to keep your mind where you want it to be if you're a little tired and a little slow. Hopefully we can turn that around," Stenson said.
For players who are not yet qualified for the Masters, the next two weeks represent a chance to make the field by winning or jumping up in the rankings.
"It's on the front of my mind, but trying to make it doesn't help you play better," said Charles Howell, an Augusta native.
"I have been in this situation so many times that if I don't make it it's not the end of the world, but it's a tournament no one wants to miss."
– Reed full of confidence –
One player who will be there is Patrick Reed, the American who claims to be among the world's five top players after three US PGA triumphs in the past seven months, including the World Golf Championships event at Doral earlier this month and the Humana Challenge in January.
"It's very natural that you're feeling confident if you won three times in a short period of time and obviously he feels like he belongs up there when he's playing well," Stenson said.
"And if he keeps on winning another couple of times I'm sure he's going to be in the top five. Time will tell."
Reed laughed at the attention his comment sparked, especially as to which of the current top five he might bump out.
"When it comes down to it, that's what I believe and that's how I see myself as a player," he said. "You have to have that belief in yourself."
Reed said he did not think such a boast would elicit rebukes from rivals.
"I wouldn't think it would rub anyone the wrong way," he said.
The ultimate dream would be taking the world number one spot now owned by Tiger Woods.
"Of course we've all dreamed of one. And that would be nice, but there's a guy that has a lock hold on that pretty tight," Reed said.