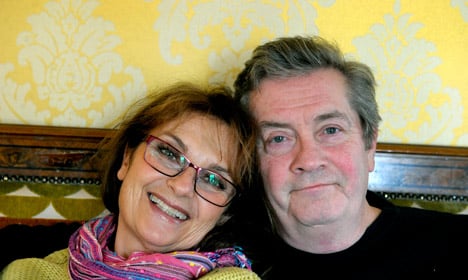 The cast of the Svensson Svensson television show in 2011. File: TT

The government proposal to revise Sweden's laws on names was sent out to state agencies, courts and other organizations deemed expert or with special interests in how residents of Sweden get to change their names. Sveriges Radio (SR) reported over the weekend that almost all expert opinion had been returned in favour of making name changes and additions easier.

"We need to modernize some of the rules, quite simply," Justice Minister Beatrice Ask told SR.

The new rules would allow Swedes to change their family name to any name that is deemed common – which means that as long as there are more than 2,000 people in Sweden with the family name, it is up for grabs – such as Ekström and Bergqvist.

If the new laws end up enacted, Swedes will once again have the right to double-barrelled surnames. At present, the first of two family names is turned into a middle name on paper.

Another part of the proposal would put a stop to the authorities' right to protest and say no to anyone who wants to change their name several times.

Swedish name researcher Eva Brylla said she welcomed a revision to the law, which would be the first amendment in three decades.

"We have a name law from 1982 and you could say that practice has outpaced it a bit," she told TT.

Among other reasons, Brylla said, there are many people who want a common Swedish family name – in some cases to make it harder to be found.

"For example for people with secret identities, persecuted people and so on, it'd be easier with an ordinary family name," she said.

"It's also unfortunately the case that some immigrants feel they face obstacles on the labour market – which is really regrettable – but they could also feel that it's smooth to change to a Swedish-sounding ordinary family name," Brylla added.

But while most expert bodies consulted by the government were overall positive to the proposal, one agency had an objection: the Swedish Tax Agency (Skatteverket) wants people to pay for the paperwork – although there is no word yet on how much.

Traditional name changes – at marriage and after divorce – would remain free of charge, however.