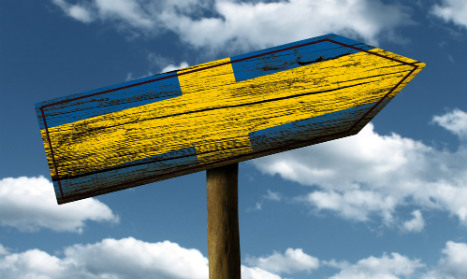 File photo: Shutterstock
The country approved 24,015 asylum applications in 2013 and rejected 20,990, according to figures from the EU’s Eurostat agency. A total of 6,750 people were given refugee status, 16,145 were given subsidiary protection and 1,120 were allowed to stay for humanitarian reasons.

Syrians, stateless persons and Eritreans made up the highest numbers of asylum-seekers in Sweden, while the broader European picture showed that the largest groups came from Syria, Russia and Afghanistan.

Across Europe, the number of people seeking asylum jumped from 335,000 in 2012 to 435,000 last year. Fifty thousand of these came from Syria, although the EU’s 28 countries took just a fraction of the 2.5 million registered refugees fleeing the country’s three-year conflict.

The new figures show that Sweden received 13 percent of the EU’s total asylum applications, behind Germany at the top of the charts with 29 percent and France with 15 percent, and ahead of the UK and Italy on seven and six percent respectively.

Sweden was the country which accepted the most asylum-seekers across Europe in per capita terms, with 5,680 per million population far above the EU28 average of 860 asylum applicants per million inhabitants. Other high scoring smaller EU countries included Malta, which took (5,300), Austria (2,100), Luxembourg (2,000).