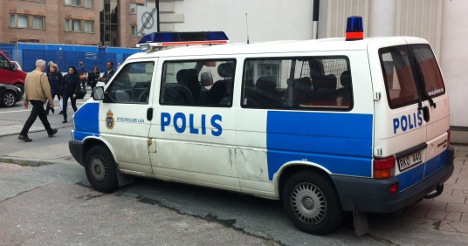 The boy, who lives in Finspång in eastern Sweden, was discovered in Norrköping by a police officer who was heading to work in the early morning.
"He explained to her that he was heading to a playground to celebrate his birthday. He was very happy and well-clothed with both jacket and boots," Fredrik Kliman of the Östergötland police told the TT news agency.
"How he got from Finspång to Norrköping remains unclear."
Police suspect that the boy snuck out of his house, even though the doors were locked.
At the same time as officers found the boy, a worried mother called police to report him missing.
Later in the morning, the police stated that the boy had taken a bus from Finspång to Norrköping.