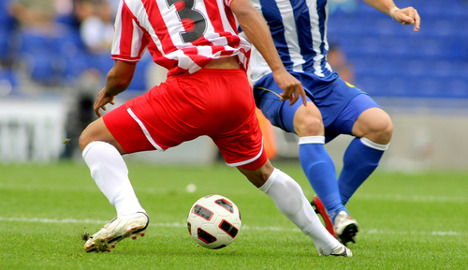 Football: Shutterstock
"These teams that are not allowed to be in Fifa have an incredibly strong wish to play international football — and to raise the profile of their people, tradition and history," said Per-Anders Blind, the chairman of ConIFA,
an umbrella group for football teams outside Fifa which organizes the ConIFA World Football Cup.
"We give them a place in the world, so that people recognize them in a completely different way," Blind told AFP.
Among the twelve teams from four continents are Tamil Eelam, the Sri Lankan minority who have emerged from years of civil war with government forces, and Darfur United, which is made up of refugees living in refugee camps along the Chad-Sudan border.
The tournament, hosted in Östersund, northern Sweden, by Sameland — a region home to indigenous Sami people stretching from northern Norway into Sweden, Finland and north west Russia — includes several regions with varying degrees of autonomist claims including Quebec, Occitania in France, the Isle of Man and Kurdistan, the current world champions.
Azerbaijan's football federation has complained to Fifa and to Swedish football authorities about the breakaway region of Nagorno-Karabakh taking part, and the presence of Abkhasia, a disputed territory of Georgia is also contentious.
"To a certain extent we can give them legitimacy through sport," ConIFA chairman Blind told Swedish radio's Sami language service, adding that Nagorno-Karabakh and Abkhasia are self governing regions.
He said asking for permission for them to participate would have been like asking Saddam Hussein years ago whether Kurdistan could join.
"We don't want to get involved in politics but it gets political anyway," he said.
To qualify for the tournament, teams must be drawn from regions or groups that are recognized by the Unrepresented Nations and Peoples Organization (UNPO) and have a strong international ranking in similar tournaments such as the 2012 VIVA World Cup, hosted by Kurdistan in northern Iraq.
The event, which the organizers said will be the largest non-FIFA football event in history, kicks off on June 1, 2014.