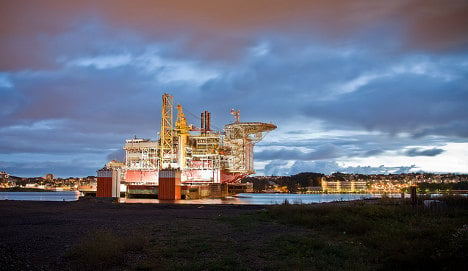 An offshore platform being delivered to a Norwegian port. File: L.C. Nottaasen/Flickr

Alfa Laval, which makes heat exchange systems and fluid separators, said in a statement it would buy the Norwegian company for 13 billion Norwegian kroner ($2.17 billion).

"The acquisition, which strengthens Alfa Laval's fluid handling portfolio by adding a unique pumping technology, will further reinforce Alfa Laval's position as a leading supplier to the marine and offshore oil and gas markets," the company said.

The Norwegian company — based in Bergen with 1,200 employees — had 3.4 billion kroner in sales in 2013, according to the statement, making it an eighth of the size of Alfa Laval.

Its main marine product, a submerged cargo pumping system sold under the brand Framo, helps to maximise the use of tankers allowing quicker turnaround times.

Alfa Laval said it planned to keep the Norwegian company and its management intact but did not specify when the purchase would be completed.