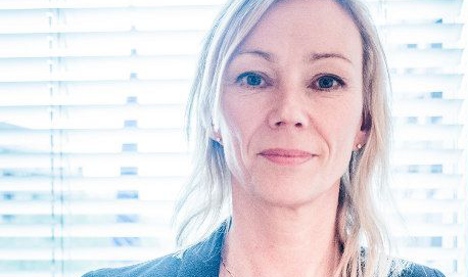 "Economic activity is clearly strengthening, but inflation is expected to remain low for some time," the Swedish central bank said in a statement. "Monetary policy needs to remain expansionary for inflation to rise towards the target."

"The repo rate is expected to remain at this low level for around a year. It is considered appropriate to wait until inflation picks up before beginning to raise the repo rate," the Riksbank noted.

The board said the global economy – including the euro zone – was picking up, and that turmoil in Ukraine had done little to knock the recovery off its path.

In Sweden, companies reported an upswing in exports while households and companies alike said they felt optimism for the near economic future. The Riksbank also noted that Sweden should soon experience an improved jobs market.

"During the second half of this year, the labour market is expected to improve significantly, in line with the earlier assessment," the statement read, while also criticizing household indebtedness. "At the same time, household debt as a share of income is expected to rise somewhat more in this forecast than was expected in February."

"It is judged appropriate to begin gradually raising the repo rate in one year's time, when inflation has picked up," the statement said. The Riksbank has a two-percent inflation target.

The Riksbank once again underlined that it was not in its power to address some of the risks involved with Swedes' high levels of debt in proportion to their household income.

"As low inflation constrains the degree to which monetary policy can address the risks associated with household indebtedness, other policy areas need to contribute more," the board wrote, calling for a more concrete action plan from lawmakers and authorities on how to get to grips with the situation.

"It is therefore important to state in concrete terms which measures can be implemented in 2014 and thereafter," the statement said.

Two deputy governors were not happy with keeping the repo rate level, however. Karolina Ekholm wanted to dip further, hitting 0.5 percent, to gradually end on 2.2 percent by the end of the forecast period. While her colleague Martin Flodén also expressed his wish to see a 0.5 percent repo rate, he had argued that the rate should then slowly be nudged in line with the current monetary policy level.

Riksbank governor Stefan Ingves will hold a press conference at 11am, to be broadcast live, to explain further the board's decision.